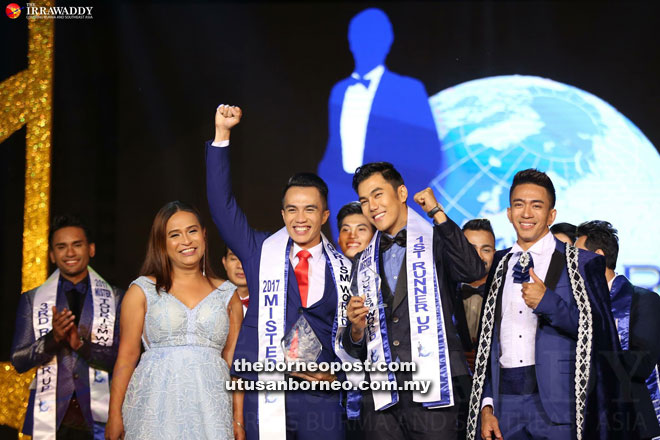 MIRI: A Mirian has made Sarawak proud by emerging the winner of Mister Tourism World 2017 during the grand finals at National Theatre of Yangon in Myanmar recently.

Mister Borneo Joshua Lennet, 26, beat 13 other finalists to earn himself US$4,000 along with a trophy and other prizes including worldwide travel packages. The title also marked his international engagement as the ambassador of the Mister Tourism World Organisation.

“It’s the best thing that happened to me. I feel very blessed and honoured; indeed, it’s a double blessing as it happened on my birthday – all glory to God.

“This will open up many opportunities for me and I will use this platform to give back to the community, especially through charity and the promotion of responsible tourism, which aligns with the objective of Mister Tourism World Organisation,” said the Kayan, who works as an operation technician at Petronas Carigali here.

He pointed out that it was not his first attempt in a male pageant. 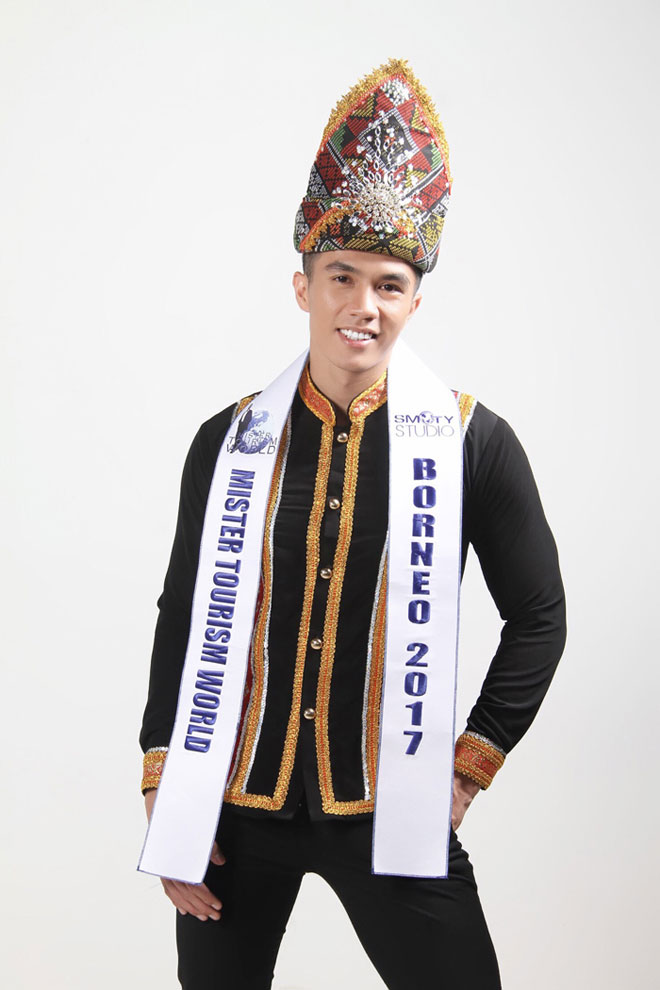 “I also entered and won the ‘Keling Belawan Gawai Miri’ competition in 2012 and ‘Jejaka Idola Berkarisma’ in 2015. I was also Mister Sarawak Ethnic London Qualifier 2016 and Mister Grand Continents 2017. These are all national-level events.

“Nevertheless, every pageant that I had joined was equally important because each had different objectives and through them, I have met a lot of people,” he said, crediting his success to his family, friends and supporters.

“To inspire people has always been the thing that I want to do. Winning Mister Tourism World will definitely be a stepping stone for Malaysia, especially Borneo, to be known by the whole world, as this is the first win for us in an international male pageant.”

Asked for his advice to aspiring pageant contestants and youngsters out there, Joshua Lennet said: “Always believe and stay true to yourself, always do things wholeheartedly and sincerely, and also if you compete, compete with a mission.

“For every pageant you join, remember that you are not alone. There are people behind you that would support you all the way. Do it not for yourself, but also for them as well. And always believe that you are the winner.”

On his next plan, Joshua said he would continue his mission of promoting sustainable and balanced tourism.

“Malaysia has so much to offer in terms of the nature, heritage and culture, as well as in promoting responsible tourism, safe travels and also unity through tourism. Together, we can build a better world.

“My team and I will start our journey in bringing Borneo to the world, getting in touch and trying to get support from the government and non-governmental organisations (NGOs). Mister Tourism World is more than just a male pageant – I want to use this platform to make this world a better place,” he added.

Other finalists who made it to the top eight were Ben Joseph Guevarra (Italy), Rizky Ardy (Indonesia), Zhong Wei Jian (China) and Patiphan Tiraphanamphai (Thailand).

Apart from his placing in the top four, Aung Seng also bagged two subsidiary awards – one for ‘Best National Costume’ and the other for ‘Mister Popularity’ – while Joshua Benedict was named ‘Best Speaker’.

The annual international male pageant is a production of Mister Tourism World Organisation – a global brand owned by Czarina Production Ltd, which is a registered company in England and Wales. This year’s edition was hosted in partnership with Myanmar’s Ministry of Hotels and Tourism and Super Stars Models Agency.

Every year, the competition brings together ‘charmingly cultured’ young men from varied heritage, ethnicity and religious beliefs, to foster peace and understanding.