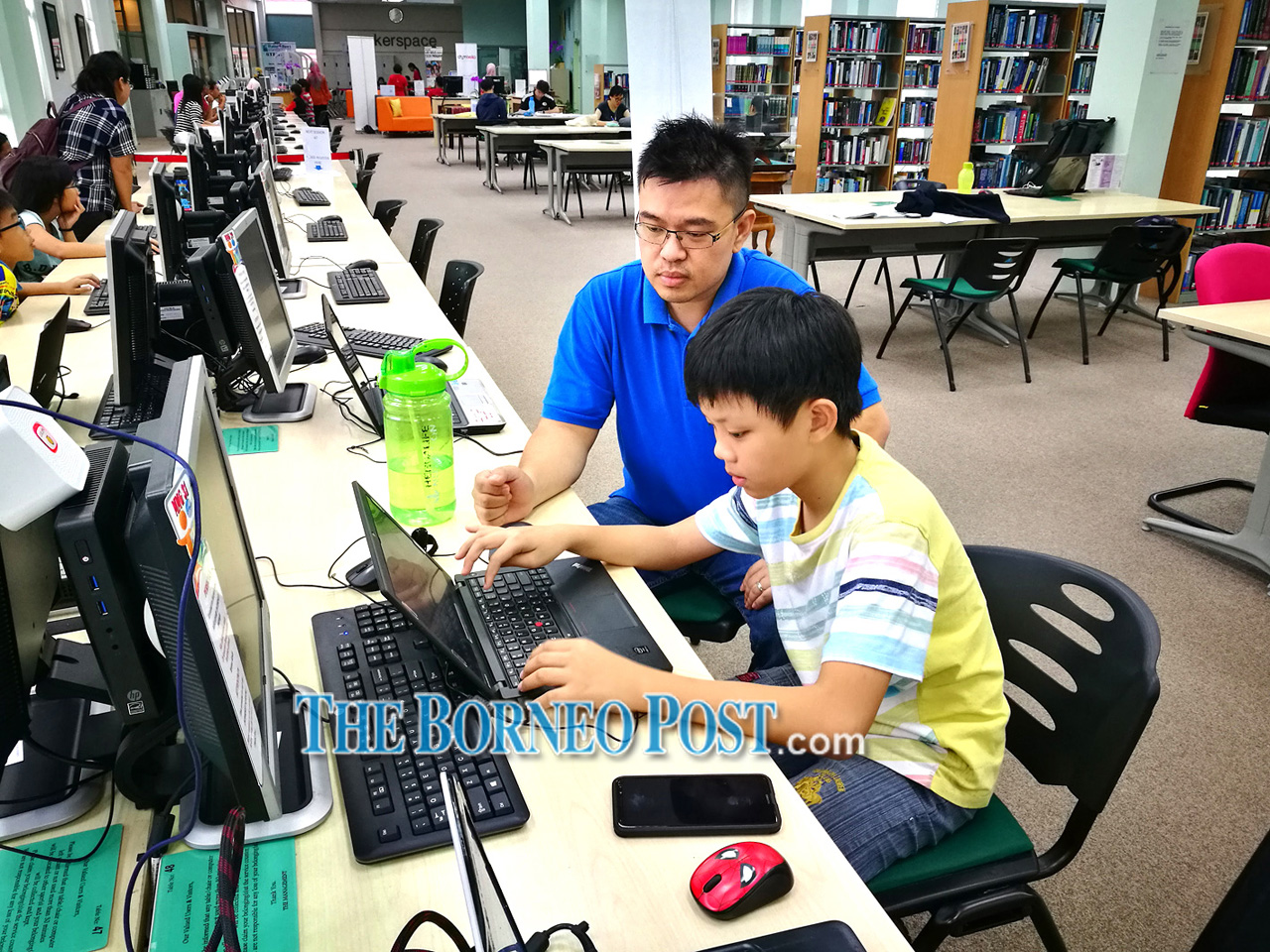 Miri: A spunky Primary 5 student here emerged as one of the four winners in a global story coding challenge and got himself a video teleconference date with a Nasa scientist tomorrow (Dec 14).

Alvin Voon Sen Yu, 11, of SJKC Chung Hua Miri, was one of the four winners of part 2 of 3 of Tynker’s Moon2Mars Challenges made in collaboration with Nasa.

His coding mentor and teacher at Realfun Learning Centre, Teo Yuang Teck, said this is the second global feat for Miri, after Teng Wei Rui, 13, from SM Pei Min was adjudged among the five winners of the International Mission Patch Design Challenge 2019 in June.

Alvin’s achievement in bringing honour to the country makes Miri a Nasa coding hotspot for young talents aspiring to join this renowned space agency which is aiming to return to the moon in five years and thereon to Mars.

The announcement by Tynker, the leader in enabling kids to use code to become makers, that Nasa experts had selected Alvin as among four student winners of the ‘Tell Your Lunar Gateway Story’ challenge is akin to lightning striking twice, Teo said.

In the ‘Tell Your Lunar Gateway Story’ challenge participants are requested to create a story imagining their life as an astronaut on the Artemis mission living in the Lunar Gateway in 2024.

This competition challenges students’ creativity and imagination, as none has any experience as an astronaut, and students had to apply different coding concepts to make their stories appealing and interesting.

Each winning entry was evaluated and selected by a team of Nasa experts based on its originality, execution and effective use of code.

“Nasa is going to the moon in 2024, and then on to Mars in a sustainable way. To achieve our mission, we need the next generation of STEM students to join us,” said Mike Kincaid, Nasa’s associate administrator for the Office of STEM Engagement.

Nasa’s collaboration with Tynker was aimed at inspiring students in STEM to be a large part of its future to the moon and Mars.

Alvin has been taking up coding programme in Realfun Learning Centre since March 2018 and has regularly participated in various competitions.

He had just won third place in the recent national Young Innovator Challenge but winning the latest competition among over 700 competitors from around the world was the icing on the cake.

His submission for the challenge can be viewed at https://youtu.be/WfzJ_yi1STA.

Teo was elated with Alvin’s achievement, saying while there were fewer competitors in this round, the competition for Alvin was more difficult compared to the first challenge where over 10,000 entries were received by the organiser.

He said learning to code is critical to prepare one to be successful in this era.

Alvin will meet the Nasa scientist through a video conference at 8am this Saturday at a hotel here, which incidentally coincidences with the Computer Science Education Week (Dec 9-15).