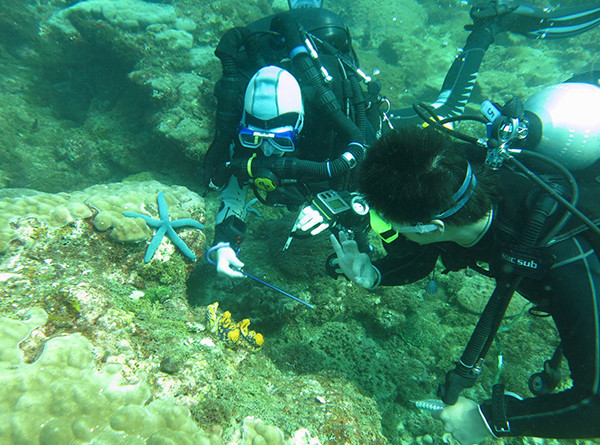 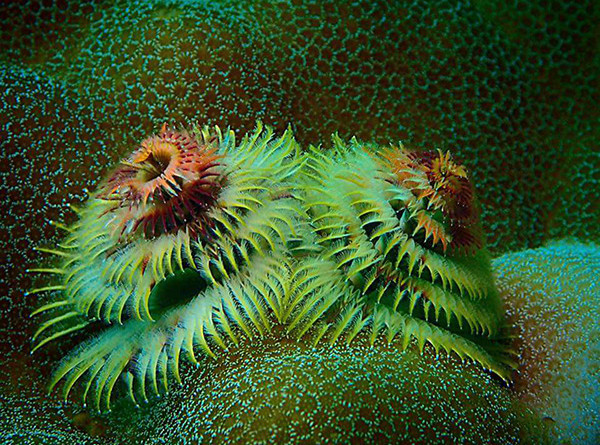 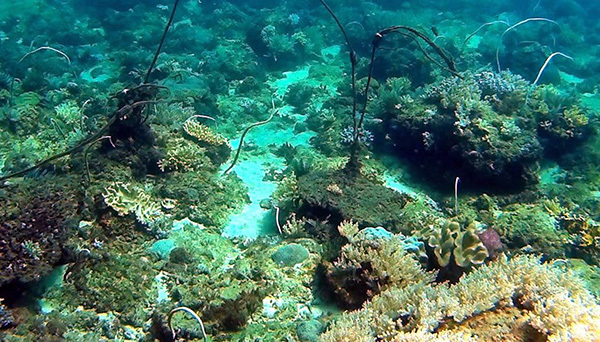 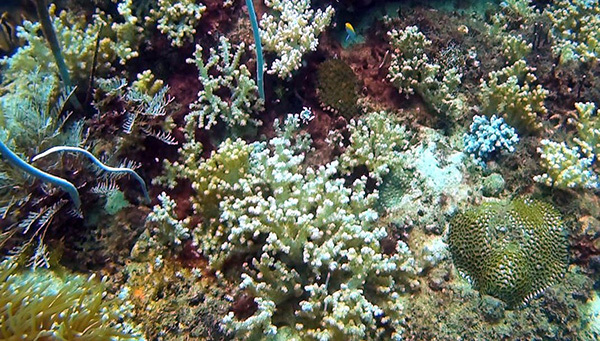 MIRI: Miri is set to become an international dive destination within the next five years because of its rich marine biodiversity.

According to world dive industry icon Clement Lee Ngak Yeo from Sabah, among the attractions are the untapped wonders in the 28 diving sites.

The sites are home for over 3,000 species of fish and breeding grounds for 600 of 800 species of coral reefs in the world, making Miri waters the richest in coral reef species and marine life.

The sites cover 100,000km of coral reefs which is about 34 per cent of the total worldwide. But the question is how will these coral reefs and other marine life able to withstand threats and challenges from both human being and natural phenomenon like bleaching.

thesundaypost had the opportunity last Saturday to attend a talk on Reef Check Miri project by its coordinator Joyce Sivalingam, from the Malaysian Nature Society (MNS) Miri Chapter, and another MNS member Iqbal Abdollah who shared some insights into the recent coral reef check project in Brunei.

Coincidently on Thursday (Aug 25) there was Shell Sustainable Development (SD) Grants Showcase Event 2016 in Miri, where MNS Miri and the Sarawak Forestry Corporation (SFC) were the beneficiaries of the fund. RM60,000 was allocated this year for Coral Reef propagation, a continuation of the coral reef conservation programme in Miri, which Shell had provided grants in 2009 and 2015.

Managing director of Sarawak Shell Berhad Simon Durkin in his speech, said the reef conservation programme was part of Shell’s efforts to conserve Miri’s pristine underwater world for all to enjoy. The fund was part of the RM125 million pledged for the next 10 years.

Joyce, during her talk entitled ‘The Beauty Beneath – Coral Reefs’ said since 2004, Reef check efforts in Miri were predominantly conducted by Shell employees. With the grant, MNS Miri was able to expand the pool of eco-divers, to empower recreational divers to play an active role in monitoring and conserving the reefs in Miri.

“Miri is one of the few locations where Reef Check efforts are driven and sustained for 12 years now by the local community independently. This was possible with the continuous support of volunteer divers, dive marshals of Piasau Divers, support from relevant authorities and funding from the Shell SD grant,” she said.

According to Joyce, the 2015 Annual Survey Report by Reef Check Malaysia (RCM) reported that from the survey data submitted for these sites, 50% were in fair condition, 33% in good condition and the remaining 17% were in poor condition.

“The reefs surveyed were found to have 45.7% live coral cover below the average of 58.2% for the Sunda Shelf Region. Two fish indicator species (Bumphead parrotfish and Humphead Wrasse) were absent from the survey while snappers were the highest species recorded.

The abundance of invertebrates however was observed to be low. The survey report highlights that as fish populations recorded on these surveys seems to be consistently low, over fishing may be a problem impacting coral reefs in Miri,” she added. 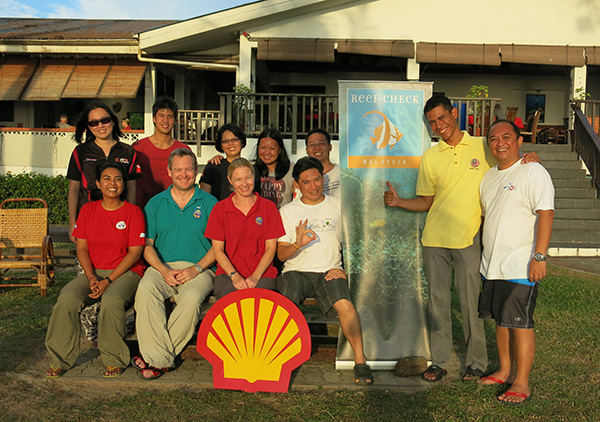 (From front row left) – Joyce with other Eco-divers and RCM Trainers in Miri in May 2015.

According to Joyce, human beings can possibly be the greatest threats to reef grief, through over-fishing, dynamiting, and the use of sodium cyanide spraying as a preferred method of capturing fish.

“Fish bombing a very destructive fishing method occurred in Sarawak though not very extensive like in Sabah. A single beer glass bottle of explosive could blast 2 – 3 metres in diameter of reef.

“This is sad because it sometimes takes 10,000 years to create such a lovely city down there (with coral reefs) and in just a matter of seconds it disintegrates – big corals tables fall in parts,” said Joyce who witnessed such incident in Sabah years back.

She said though undeniably fishermen need money and probably out of ignorance on threats causing to the corals, deployed destructive fishing methods, a short term gains for them but also a lost for them as without coral reef fishes lost their habitat.

Equally damaging is fishing nets left in the ocean, get snag and when sea current moves at night it drags the coral and damages them.

“In Miri, I am glad to see local divers playing their part like from Coco Dive, Curtin Dive Club when they go diving and see the nets, they remove them. So that is good,” said Joyce.

Tropical cyclones and tsunamis play their part too in destroying sections of coral reefs.

Other threats include sewage outlets, coastal dredging and soil erosion run off from agriculture, logging and construction add to the devastation. The bacteria in sewage and fertiliser, washed into the sea by rivers, provide a boost to algae growth but, combined with extra inputs of sediments, water clarity is reduced and thus deprive coral reef of sunlight and they will slowly die.

Oil spills, dredging for building materials, anchor damage, and the over collection of red and black corals for the jewellery industry are all threats to coral reefs.

“Normally crown of thorns belong in the reef too but when there is more than 30 adults per hectare there will be problems,” said Joyce.

She added damage due to warm water bleaching was one of the main impacts seen on reefs during surveys, observed at all sites.

Coral bleaching is the result of an increase in ocean temperatures. As the sea temperature rises the algae are expelled from the coral polyps leaving their skeletons to appear as a ghostly white shade.

How reef check survey was conducted in Miri

According to Joyce every year, all six dive sites will be visited and so far this year, three had been surveyed and the remaining will be completed before the end of the year.

Survey are carried out based on method designed by Dr Gregor Hodgson, the founder of Reef Check and a coral reef ecologist.

The survey is based on the philosophy of “Indicator Species”, which are marine organisms that are widely distributed on coral reefs, are easy for non-scientists to identify and provide information about the health of a coral reef.

Using standardised methodology, data from surveys in different sites can be compared, whether on an island, regional, national or international basis.

Reef Check survey allows scientists and managers to track changes to coral reefs over time. By surveying reefs on a regular basis, changes can be highlighted early, before they become problems. This gives managers the opportunity to intervene, carry out additional more detailed studies and/or initiate management actions to try to reverse the change before permanent damage is done to the reef.

All data collected are given to Reef Check Malaysia (RCM), a non-profit company registered in 2007 which is part of the world wide Reef Check network.

Other facts on Coral reef

Corals belong to a group of animals, the Cnidarians. With a free-swimming larval stage, they have a central mouth which receives and emits material and a ring of tentacles with stinging cells to trap their prey normally zooplankton.

They normally grow in colonies and there are over 2,500 species of coral, each taking a different shape in the form of boulders, fans, branches, trees and tables, often according to their positions on the reef and their shapes affected by ocean currents and waves.

Coral reefs although make up less than 0.2 per cent of the ocean environment, support 25 per cent of marine species in a complex ecosystem living in tropical waters of between 23 and 25 degrees Celsius.

Corals are mostly located up to a depth of 25 metres, thriving on sunlight and are located between 40 degrees north and south of the Equator. Some species grow in temperate waters.

According to the United Nations Environmental Programme World Monitoring Centre (UNEP-WCMC) the largest reef nations are Indonesia (18 per cent), Australia (17 per cent) and the Philippines (9 per cent).

The greatest density of coral reefs worldwide, covering 33 per cent of the total reef areas is, in what marine biologists refer to as ‘The Coral Triangle,’ comprising of Indonesia, Malaysia, the Philippines and Papua New Guinea.

Among the importance of coral reefs are providing a lifeline to millions of people in terms of fish protein in their diets. It also gives the local community’s income and social benefits in areas where scuba diving is well managed, together with national marine park entrance fees and responsible coastal tourist development.

In Sabah alone, according to Clement Lee, 64, who is among the pioneers in developing Sipadan and diving industry there 33 years ago, the industry brings in tourism receipts to the tune of RM380 million a year and 55,000 divers every year.

Scientists too believe that coral reefs and their plants and fish are sources of new medicine for the 21st century like antiviral drugs to combat HIV and herpes and cancer treatments. 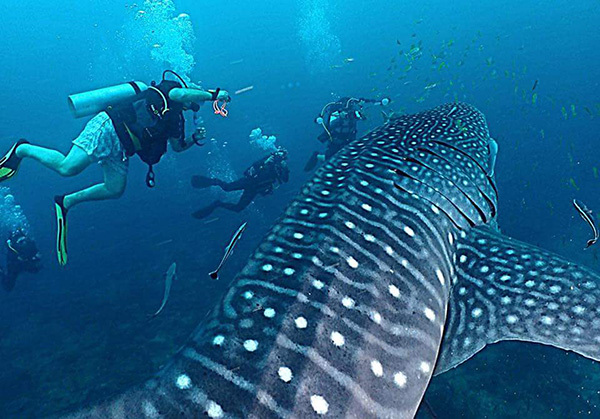