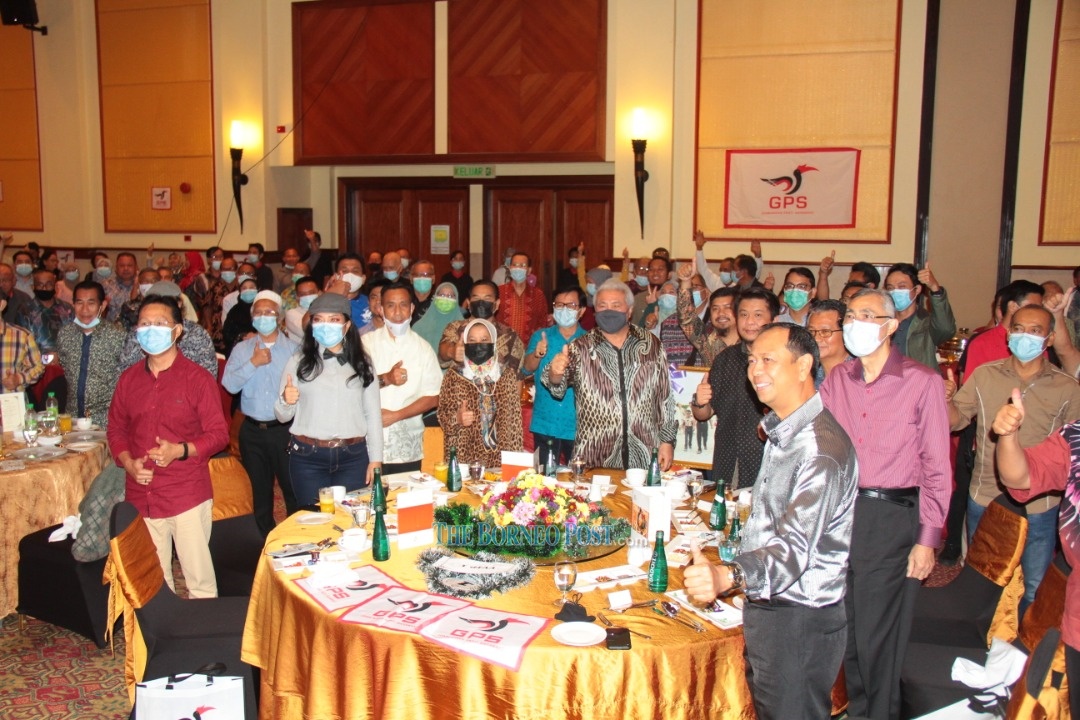 Awang Tengah (fifth left, front row) giving the thumbs up to PBB grassroots leaders in Miri for continuing to support the party’s struggle for a better Sarawak.

Awang Tengah, who is also Minister of International Trade and Industry, Industrial Terminal and Entrepreneur Development, said that Shell’s move would involve about 2,000 employees which would boost the local economy with the return of higher purchasing power of these consumers.

“I believe this would put the spring back in Miri’s economy, “ he said on Sunday when officiating a gathering of PBB leaders and representatives from Senadin, Pujut and Piasau as part of the party’s election preparations.

He pointed to the government issuing mining leases to Petros for Adong Kecil West in Miri and Engkabang, south of Marudi and a prospecting licence for exploration of commercial scale hydro-carbon in the northern Sarawak later.

This was made under the commercial settlement agreement signed between Petronas and the Sarawak state government on December 7 this year.

Awang, who was involved in the negotiations, said it was tough but was happy that Sarawak now had restored the state’s rights to regulate oil mining within Sarawak under the Oil Mining Ordinance 1958.

All these activities pointed to an uptick oil and gas industry which started in Miri in 1910 and its rippling effect on the state’s economy, he added.

Awang Tengah said political stability in GPS-ruled Sarawak has been cornerstone of attracting foreign (FDI) and domestic direct investments (DDI) destination in Malaysia despite the economic headwinds due to Covid-19 pandemic.

“Despite the economic slowdown due to Covid-19, we attracted RM 15.8 billion in FDIs and DDIs as of the third quarter of this year, “ he said

The deputy chief minister said Sarawak was the most politically stable state in the country this year and combined with the conducive investment climate in the state resulted in it bagging the most investments in the country for the first nine months of 2020.

He said locals, from entrepreneurs to contractors and job-seekers, would benefit from investments in the state that creates many economic spin-offs.