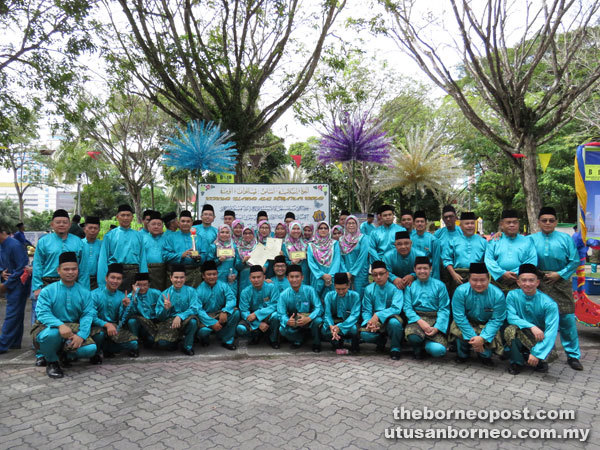 Members of the Miri Royal Malaysian Customs Department contingent gather for a photo-call.

MIRI: The Miri Royal Malaysian Customs Department was adjudged the overall best among 52 contingents taking part in the procession, held as part of the division-level Maulidur Rasul celebrations here yesterday.

The 5km parade, which began and ended at the civic centre here, gathered some 5,000 people from in and around Miri.

Lambir assemblyman Ripin Lamat led the procession of contingents, which were divided into five categories – schools and skills training institutions (A), government departments and agencies (B), suraus and mosques (C), private sector and financial institutions (D), as well as associations and clubs (E).

In his speech, Ripin commended the local Muslims and those from other communities for being united despite coming from different backgrounds “I am proud to see a display of racial unity today – this is proof of us living in peace and harmony with one another. Not many countries get to have what we have in Malaysia. I pray that all Muslims around the world, especially those in struggles, would achieve their peace,” he added.

Ripin also encouraged the Muslims to apply the teachings and lessons from Prophet Muhammad into their daily lives.