Miri court sentences 2 Indonesians to 21 months’ jail, RM146,000 in fines each for possession of protected and wild birds 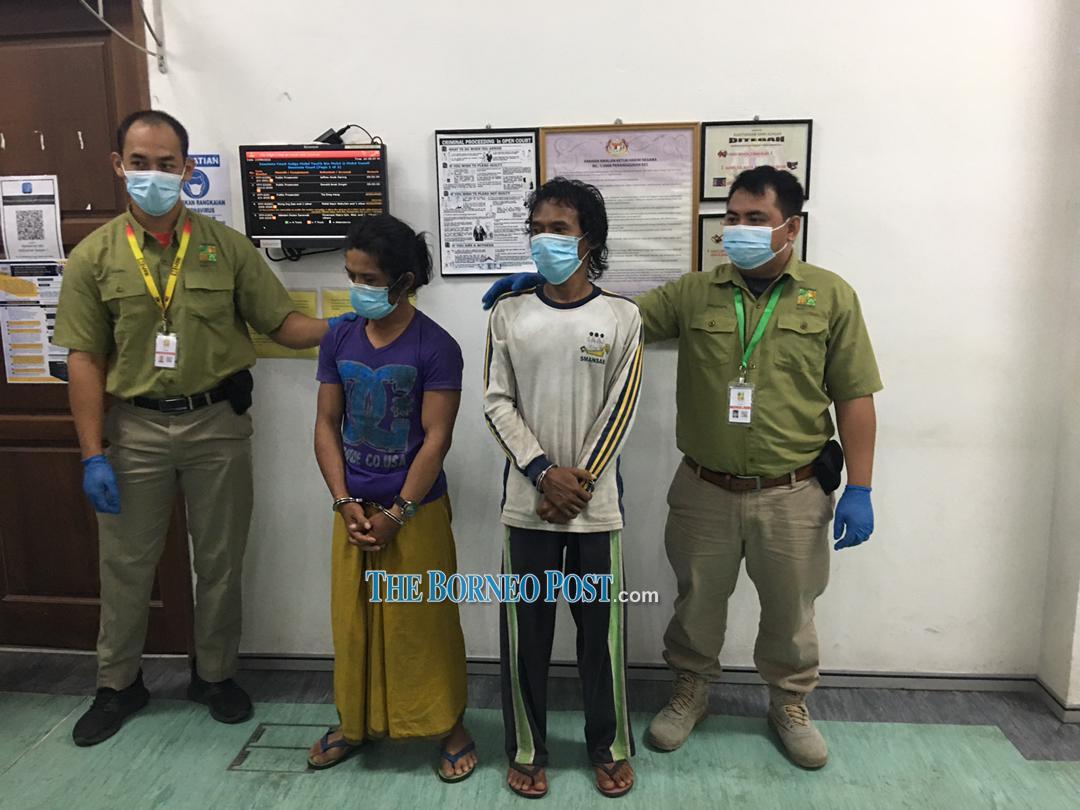 The two men are seen outside the courtroom following sentencing.

MIRI (April 27): The Sessions Court here today sentenced two Indonesian men to a total of 21 months in prison and fines totalling RM146,000 in default seven months’ jail each for possession of various types of protected and wild birds.

Judge Mohd Taufik Mohd alias Mohd Yusoff meted out the sentence on Mosekdi, 34, and Achmad Yani, 30, after finding them guilty under Sections 29(2) and 37(2)(c) of the Wild Life Protection Ordinance 1998.

Mohd Taufik ruled that the sentences would run concurrently from the date of their arrests and for the two, who are in the country illegally, to be deported upon completion of their sentence.

Under Section 29(2), any person who hunts, kills, captures, sells, offers for sale or claims to be offering for sale, imports, exports, or is in possession of, any protected animal or any recognisable part or derivative thereof, or any nest thereof, except under and in accordance with the terms and conditions of a licence issued under this Ordinance, is liable to one year imprisonment and an RM10,000 fine.

For the first charge under this Section, Mosekdi and Achmad were each sentenced to nine months in prison and fined RM10,000 in default three months’ jail.

For the second charge under Section 37(2)(c), the two each were sentenced to 12 months in prison and fines totalling RM136,000 in default four months in prison for having 75 protected and wild animals in their possession.

The Section provides for one year in prison and a fine of RM2,000 per individual animal and animal part found.

Mosekdi and Achmad were found with 75 protected and wild animals of various species in their possession during a raid at a premises along the coastal road near Jalan Bakam here on April 20 at around 8.15pm.

In mitigation, Mosekdi and Achmad, who were not represented by counsel, pleaded for leniency saying this was their first offence and they were remorseful.

However, prosecuting officer Muhammad Syafiq Sapri told the court that the media had reported rampant cases of illegal possession of protected animals and wildlife in recent months and that the two were also illegal immigrants, thus showing the severity of their offence.

The post Miri court sentences 2 Indonesians to 21 months’ jail, RM146,000 in fines each for possession of protected and wild birds appeared first on Borneo Post Online.