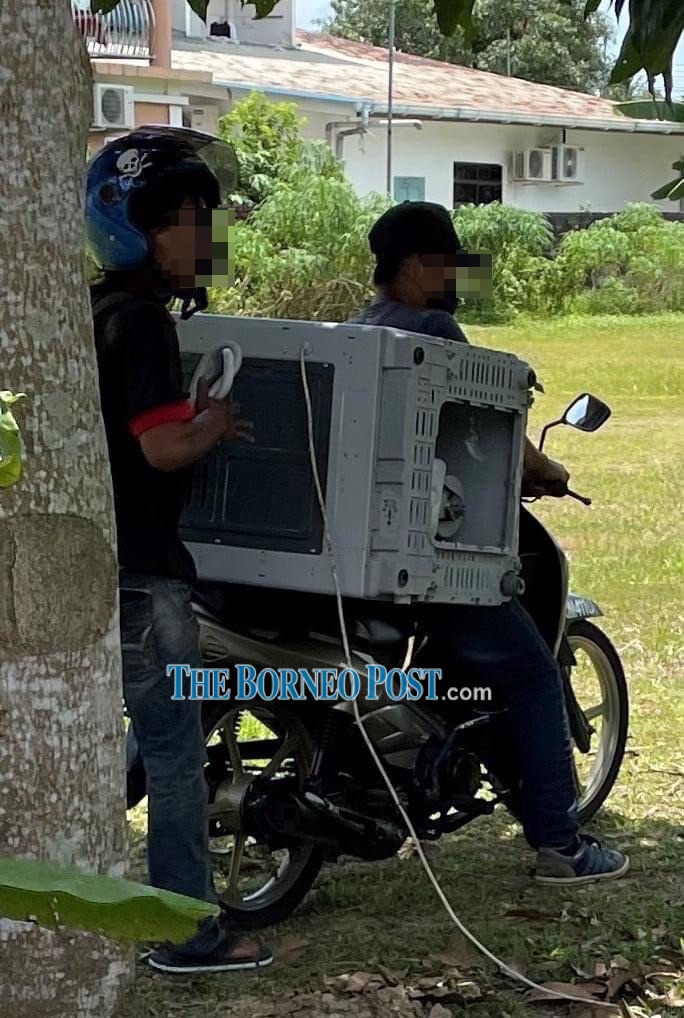 Photo taken by the homeowner shows the two suspects escaping with the washing machine.

MIRI (May 4): The Criminal Investigation Department (CID) solved a theft case just nine hours after the incident with the arrest of two suspects last night.

The local men, aged 26 and 27, were rounded up at an unnumbered house in Kampung 1Malaysia, Jalan Bypass here at around 10pm.

They allegedly stole a washing machine from a house in Pujut 2B at around 1pm.

The owner, who heard of noises from the back of the house, saw the two suspects carrying his washing machine and then fleeing with it on a motorcycle.

He managed to take a photograph of them, which then led to their arrests.

Police are investigating the case under Section 379 of the Penal Code for theft.