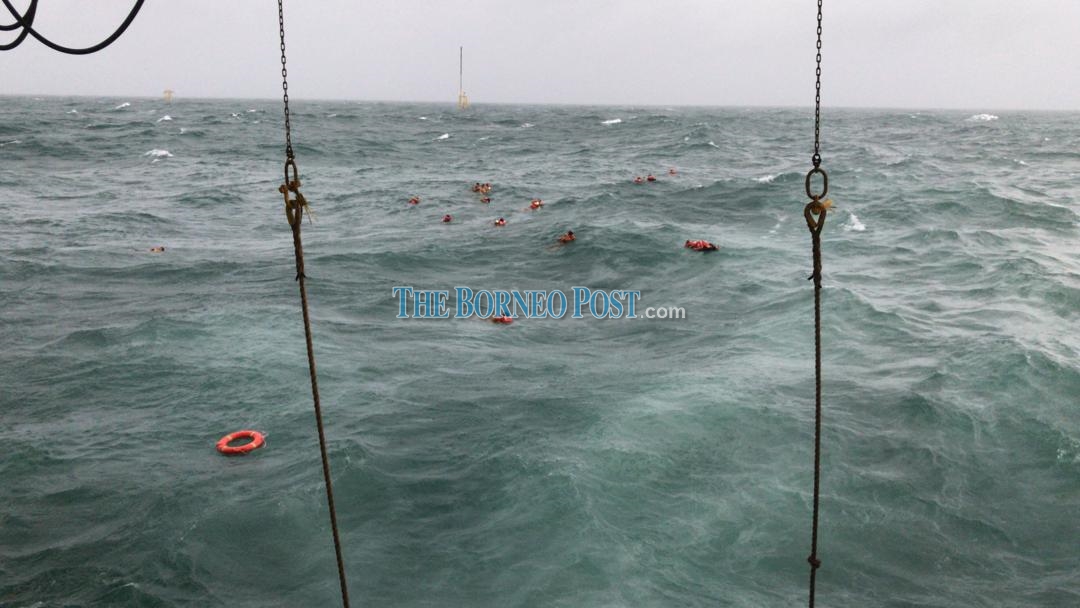 Crew from the vessel seen floating with their life jackets after the collision with the oil rig yesterday.

MIRI (Oct 28): Police here have confirmed the identities of the two offshore workers who died after their ship, MV Dayang Topaz, collided with an oil rig yesterday.

It is learnt that Thomas was originally from Kanowit.

Earlier today, Lim told The Borneo Post that the cause of death has not been determined.

He said the bodies of the two crew members had been sent to Miri Hospital.

“However, the post-mortem have yet to be carried out pending Covid19 test upon the two bodies.

“We will do the post mortem as soon as we get the Covid19 test results out,” he said, when contacted this morning.

The men were among 125 workers on board MV Dayang Topaz who jumped into the sea after it struck the Baram B platform located 14.4 nautical miles off Miri early yesterday.

The men were forced to stay afloat for nearly three hours before being rescued.