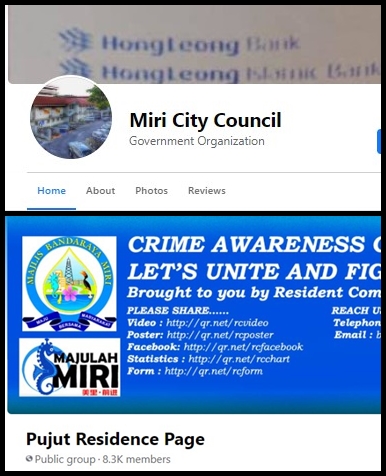 Miri City Council has denied any connection with the two Facebook pages.

MIRI (Jan 28): The Miri City Council (MCC) has distanced itself from two Facebook accounts that used its name and logo without its consent, asserting that it will not be responsible for any comments posted on the social media website.

It said in a statement today that it has lodged a complain with the Malaysian Communications and Multimedia Commission (MCMC) against the Facebook accounts named ‘Miri City Council’ and ‘Pujut Residence Page’, which used its logo.

“In view of this, MCC will not take any responsibility for whatever comments and undertakings being posted therein,” the local authority said.

MCC said the public can direct communication with it via the ‘Miri CARE’ app, adding that it welcomes constructive views and comments through its official channels.