Ministry to address closing down of KR1M in Sri Aman 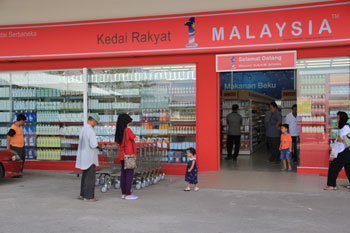 MIRI: The Ministry of Domestic Trade, Cooperative and Consumerism (KPDNKK) will work to settle the issue involving the closing down of a 1Malaysia retail outlet, Kedai Rakyat 1Malaysia (KR1M) in Engkilili, Sri Aman by the end of the year.

Its Deputy Minister Datuk Henry Sum Agong said the retail outlet was forced to close in August it had relatively low sales and the premises was expensive to lease.

“KR1M in Engkilili was closed because there were certain problems that we could not avoid.

“However, the matter is now under our due attention and we have deployed our team to monitor the situation at Engkilili and Lubok Antu in Sri Aman. Hopefully, we can address the matter by the end of the year,” he told reporters after visiting Krokop 10 Market today (Sept 18).