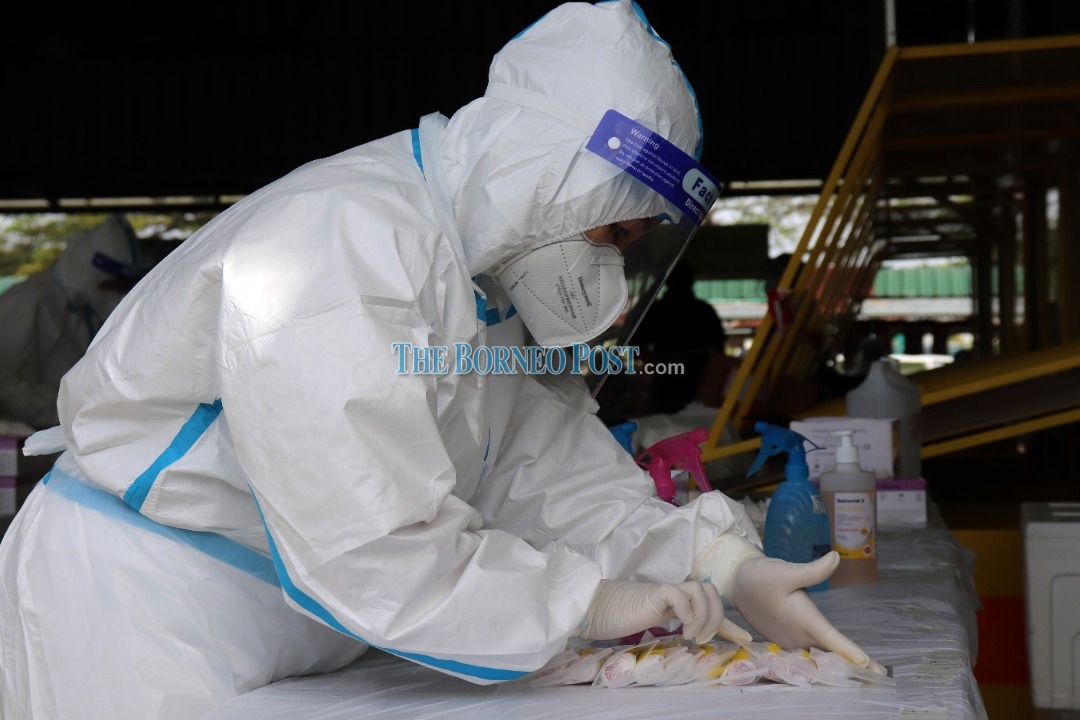 A health worker arranges the samples gathered during a mass screening drive recently.

KUCHING (Feb 22): The Meradong district has been classified as an orange zone from yellow today, after recording 31 local Covid-19 infections in the past 14 days, said Deputy Chief Minister Datuk Amar Douglas Uggah Embas.

He said the surge of cases in Meradong was due to the new Sungai Bakong Cluster being detected in the district, which contributed 22 cases to the district in the last 14 days involving students staying at SMK Meradong boarding house.

At the same time, the situation in Song district improved a little when it was reverted to an orange zone from red today, after only 35 cases were recorded in the district in the past 14 days, said Uggah.

Apart from the two districts, Bukit Mabong, Beluru, Dalat and Sri Aman remained as orange zones after recording a total of 114 local cases in the last 14 days, Uggah added.

“Kuching, Samarahan, Julau, Subis, Kapit, Bintulu, Kanowit, Miri and Sibu districts remained as red zones with a total of 2,107 local cases reported in all of them in the last 14 days,” he said.