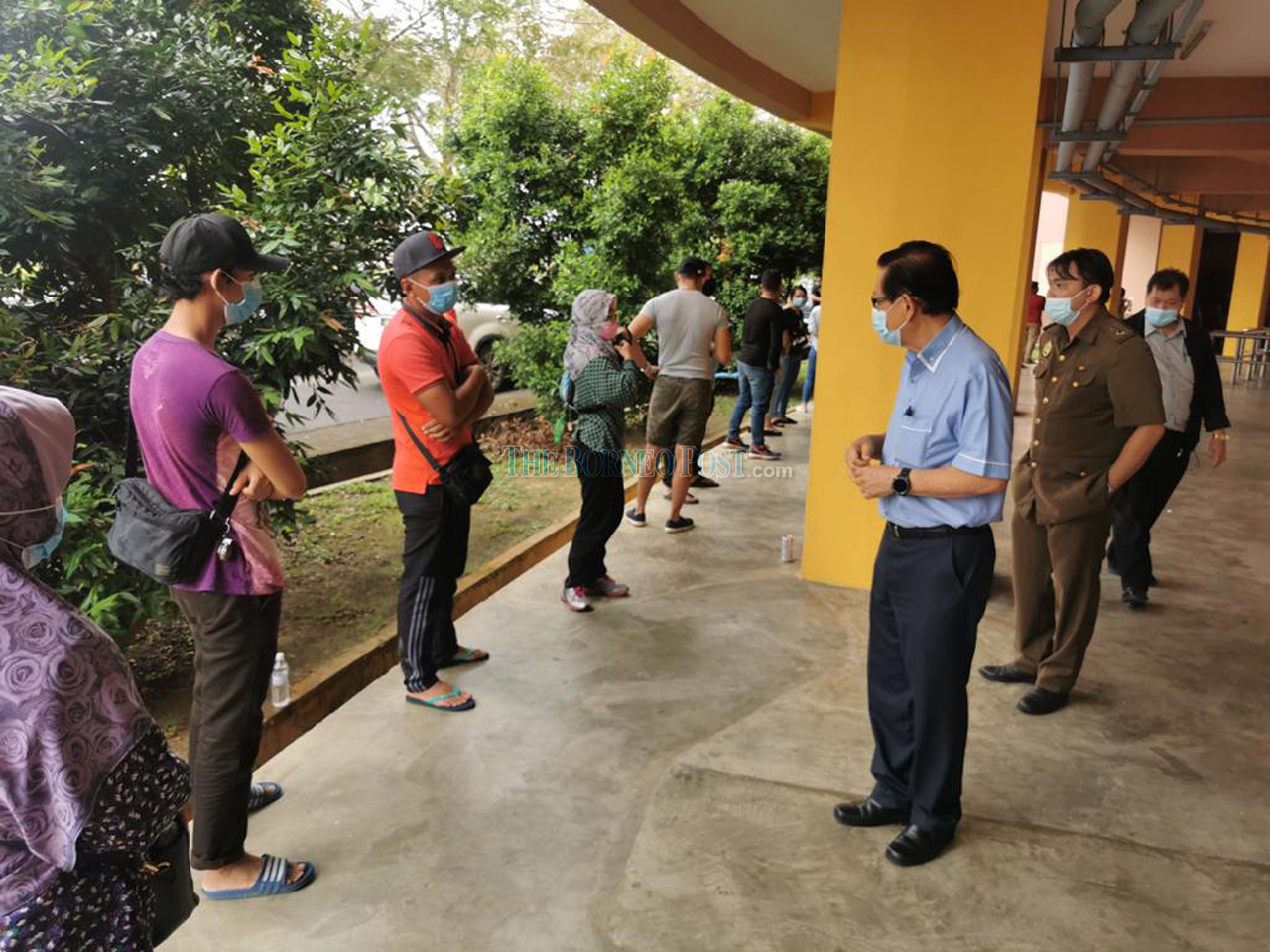 Lee (front, right) observes the situation at the Miri Indoor Stadium after receiving complaints about a huge crowd and long queues.

Minister of Transport Datuk Lee Kim Shin, who is also MDMC chairman, said they had received complaints about the long queues and big crowd at the stadium.

“A few immediate actions had been taken. Among them, those who received call from the Health Office to come for swab test would be given appointment slots. Those coming for voluntary swab test would queue on a different lane,” said Lee, adding that signboards would be set up to differentiate those having appointments and ‘the walk-ins’.

“Physical distancing marks would also be drawn on the floor,”

Lee also urged the public to observe the standard operating procedures (SOP). Police and Rela personnel would also be stationed at the stadium to assist in crowd and traffic control, he added.