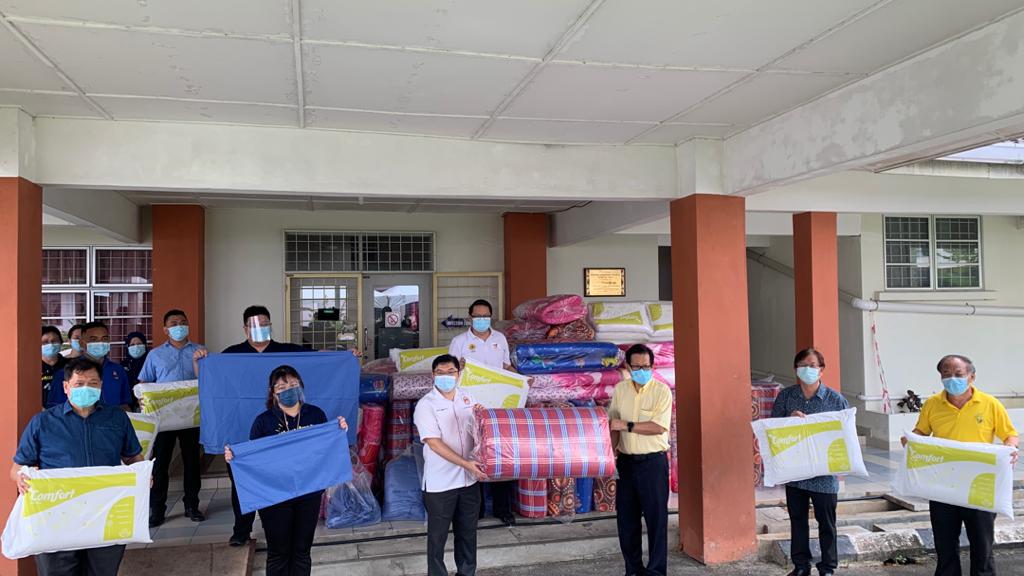 He said this is to cope with the increasing number of Covid-19 positive cases in the division.

According to him, all five PKRCs namely the Petronas Sports Village, Eastwood Valley, two buildings near Miri City Medical Centre, and Riam, have almost reached its capacity of 800 beds.

“Miri Hospital and PKRCs here are taking in patients from Miri, Subis, Telang Usan, Marudi and Beluru districts. To date, the number of patients have reached over 700 patients.

“In view of the increasing cases, we have to plan ahead so as to avoid struggling to find a new place at the last minute,” the Transport Minister said in a statement.

He said the sixth PKRC will only be used when necessary.

“With the availability of a sixth PKRC in Miri, the division could therefore accommodate up to 1,100 patients,” he added.

Earlier, Lee, who is also Senadin assemblyman, visited the vaccination centres at Miri Hospital and Eastwood Valley where he handed over 80 sets of mattresses and pillows as well as bed sheets and pillow cases to Miri Hospital director Dr Jack Wong.

The items, which were purchased by Lee’s Senadin Service Centre, will be used at Covid-19 transit ward and PKRCs following complaints from quarantine patients that the existing old mattresses and pillows were unusable.

“Recipients who have been informed of their vaccination appointment must arrive 30 minutes earlier to avoid any unnecessary delay,” said Lee.