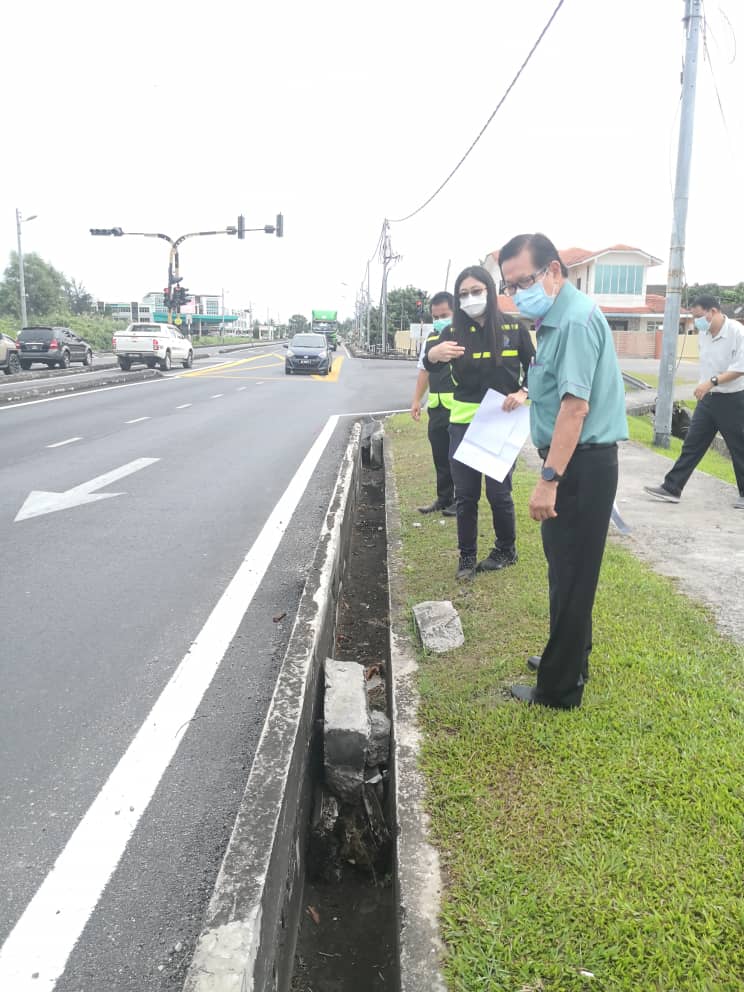 Lee inspects the resurfaced Jalan Maigold. On his right is Nor Rasidah.

MIRI (May 1): Miri City Council (MCC) is urged to widen and upgrade Jalan Maigold, one of the main access roads to Desa Senadin, to cope with the heavy traffic in the area.

Transport Minister Datuk Lee Kim Shin, in a statement yesterday said the dual carriageway would hopefully be widened taking into account the growing and dense population of Senadin.

“The population of Senadin alone is about 25,000 which is nearly 10 per cent of the division’s total population. Imagine the number of vehicles passing through the area.

“I, therefore, urge the MCC to make plan to widen and upgrade the present dual carriageway, to Public Works Department’s standard- dual carriageway,” said Lee, after inspecting several roads in the Senadin area yesterday, who had been resurfaced.

The road resurfacing work, he added, was part of the Malaysian Road Record Information System (Marris) projects this year under the jurisdiction of Miri City Council (MCC).

MCC senior engineer Nor Rasidah Nawawi was also present during the road inspection.