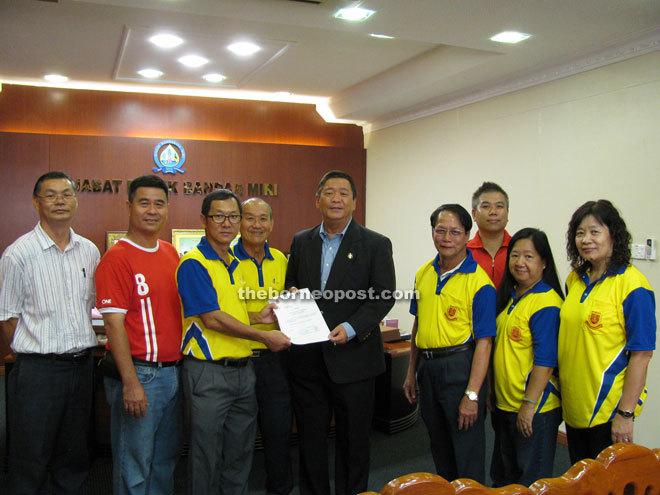 Mayor Lawrence Lai agreed that this initiative, if implemented, would ease the people’s financial burden.

“We welcome this proposal. It shows that the state government cares about the people’s welfare.

“Hence, we hope the state government would be able to get more funds from the federal government,” he told reporters yesterday when commenting on Chief Minister Datuk Patinggi Tan Sri Adenan Satem’s announcement in Kuching on Sunday that his administration was looking at the feasibility of reducing assessment rates on properties in the state.

The reporters were covering the courtesy call from the executive committee members from Miri Division Hopoh Association of Sarawak, led by its chairman Liew Hon Fui.

They met Lai to invite him to their Chinese New Year (CNY) gathering on Feb 14 at Dynasty Hotel.

Lai said the state government had also absorbed the Goods and Services Tax (GST) on the services provided by local council since the implementation of the GST last year.

MCC, on the other hand, also launched the initiative of offering 50 per cent discount on surcharge fees for outstanding assessment fees and absorbed the cost for desludging service to all property owners.

For this year, he said MCC had set aside a budget totalling RM9.67 million to defray the cost of providing free desludging service, and to give a subsidy of RM50 for the purchase of 120-litre two-wheel bin each for residents.

Details of this subsidy programme would be announced after the proposal is tabled during the full council meeting this Jan 25.