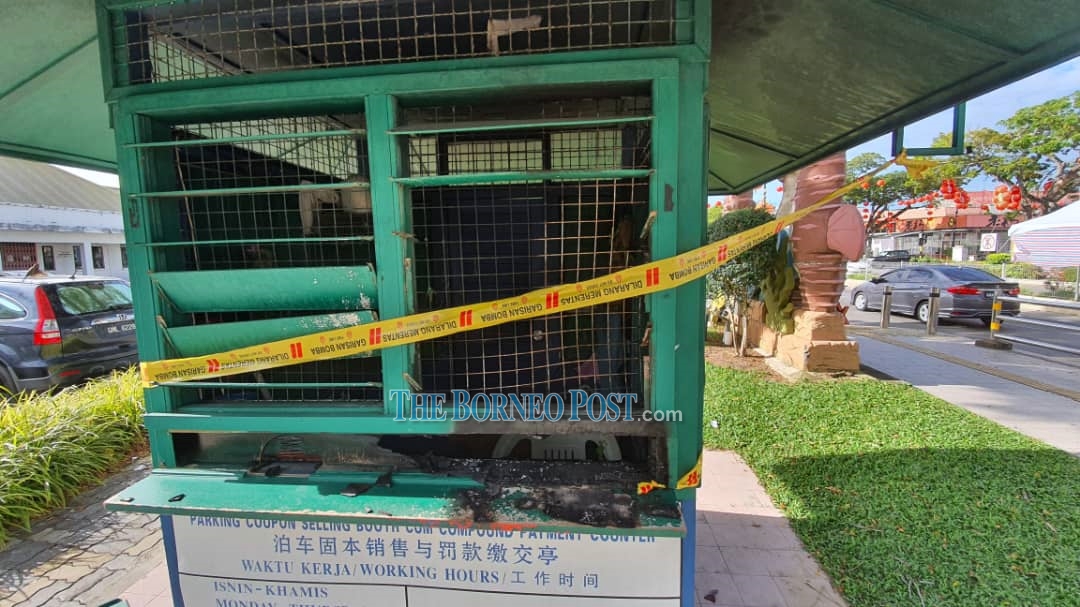 Bomba personnel managed to put out the fire at the parking coupon booth before it could spread.

MIRI: A parking coupon booth located near the entrance of Miri City Council’s (MCC) offices was deliberately set on fire today, leading the council to offer a reward for the capture and prosecution of the person involved.

Miri mayor Adam Yii said the Fire and Rescue Department (Bomba) had received a call from a MCC security guard on duty at 12.58am regarding the incident.

They then rushed to the scene, and managed to put out the fire immediately before it could spread further.

He said the council will also release the CCTV photos and the video recordings taken at the time of the incident, which allegedly show a man suspected of starting the fire.

“The public are urged to cooperate with the council by providing us with the identity of the suspect. Council will offer RM1,000 upon successful prosecution of the suspect,” he said in a statement today. 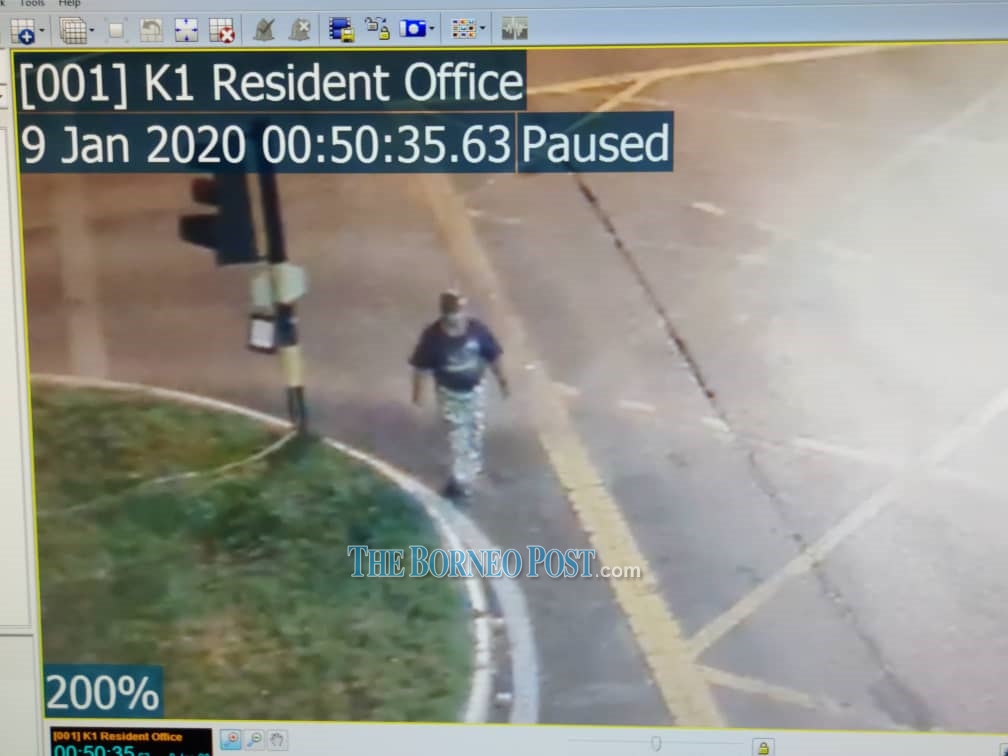 MCC is on the lookout for this man, which they suspect to have caused the fire.

Yii said a police report has been lodged this morning following the incident.

“Both the police and Bomba teams were at the site to identify and collect evidence to determine whether a crime has been committed.

“They will also review various CCTV recordings and will try to identify the suspect,” he said.