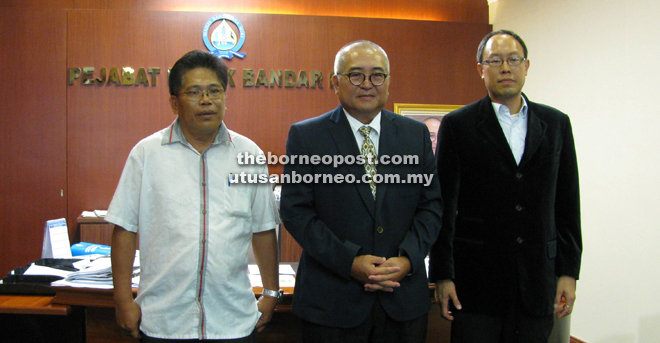 MIRI: Miri City Council (MCC) yesterday chipped in some contributions for SK Bario which was destroyed in a fire on Sunday evening.

Its mayor Adam Yii said the contributions were in the form of black boards.

“I’ve been informed by councillor John Trawe Kuda who is in charge for Bario that the school is now in urgent need of black boards and books.

“After discussing with the chairman of MCC’s Local Agenda (LA) 21 and Community Development Standing Committee councillor Aries Yong, we felt it is appropriate for us to go for black boards.

“The council is going to donate eight black boards for the school’s use,” he said in a press conference yesterday.

Yii added that the council had also started a donation drive to assist the primary school.

Thus, he welcomed members of public who want to assist SK Bario to send their donations to the MCC.

“Bario is now under MCC administration jurisdiction. Thus, it is rational for MCC to be the centre for the donation drive where councillor John will later pass the amount to the school management.”

John on behalf of the school management and the school’s parent teachers association (PTA) thanked the MCC for such commitment.

He said the effort showed by the council would help to complement the immediate relief initiated by the state government via education department to assist the school.