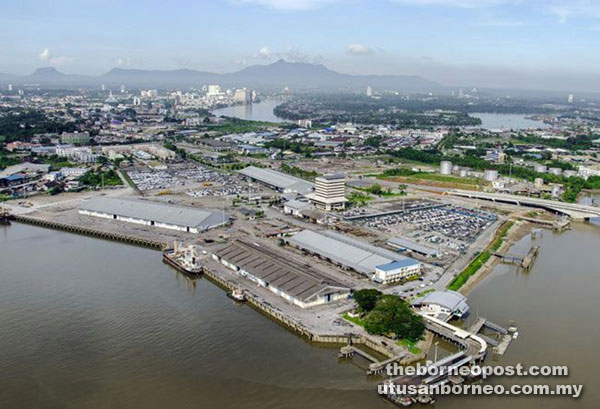 The VTMS, Masing divulged in his ministerial winding up speech, would enable the port to manage the vessel traffic along the Sarawak River.

“It will facilitate the movement of vessels to enter and exit the port area. The VTMS will also enhance the navigation safety and security of Kuching Port and increase the confidence level of shipping communities, both local and international, to call at Kuching Port,” he said.

Masing, who is also Infrastructure and Ports Minister, said that the VTMS was necessary in ensuring the safety and efficiency of the state’s maritime navigation.

“The VTMS is necessary in ensuring the safety and efficiency of our maritime navigation which is crucial for ports’ competitiveness and sustainability. For the other Sarawak ports, this VTMS would be installed in phases under the 12th Malaysia Plan,” he added.

Meanwhile, Masing added that in tandem with the state’s aspiration to achieve a developed state status by 2030, he felt that it was important for the state government to strategise the development of ports in the state namely Kuching Port, Rajang Port, Miri Port, Tanjung Manis Port and Samalaju Port.

“The growth potential of these Sarawak ports is constrained by its shallow access channel since all these ports are riverine ports, except for Samalaju which is a deep sea port. One of the solutions to this problem is through capital dredging, which would cost a few hundred million of Ringgit,” Masing said.

He also suggested that the state government develop a deep sea port for the southern region of Sarawak to boost its economy.

“A deep sea port for Kuching is needed to ensure easy accessibility and fast turn-around time of ships, which will reduce import costs, attract manufacturing and drive exports, thus placing Kuching Port in the world map as the port of the future,” he said.