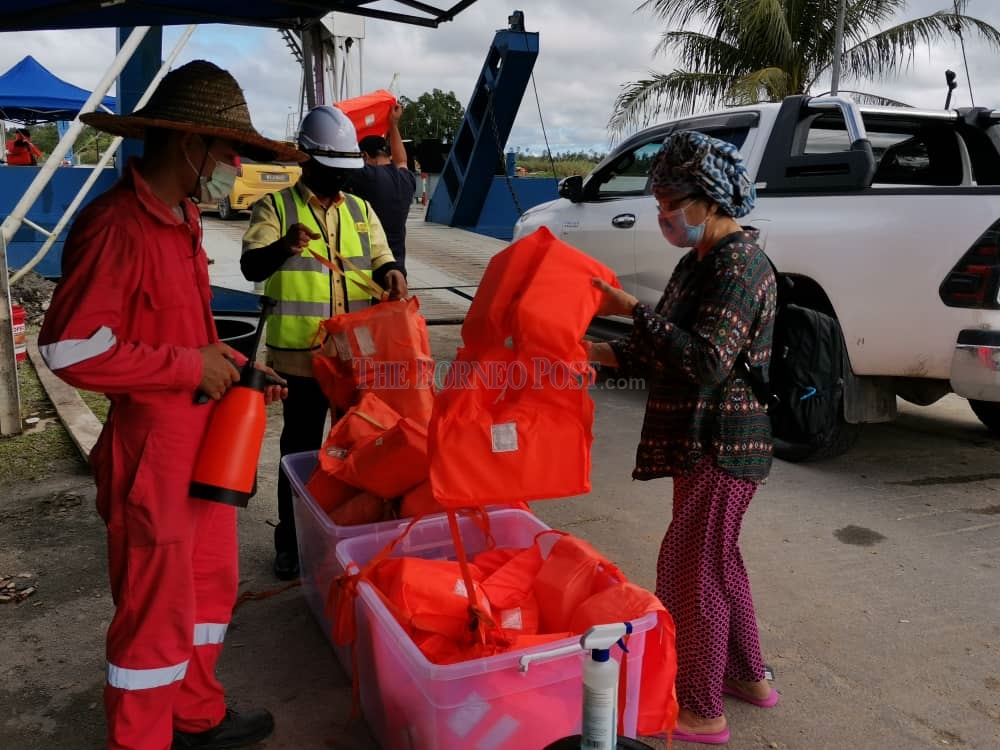 A woman takes a life vests before walking onboard a ferry in Marudi, while a worker sprays the life vests with sanitiser.

MARUDI (Jan 8): Ferry users here have given the thumbs up to the requirement to wear life vests on board the vessels following the Triso tragedy last week but expressed concern that the safety gear was being reused during the Covid-19 pandemic.

A check at the Marudi Ferry point today saw passengers being given life vests before they could board the ferry and proceed to check-in via the MySejahtera app, which was used by the health authorities for Covid-19 contact tracing.

Public Works Department (PWD) staff were also seen helping elderly passengers put on the vests before they were allowed on to the ferry.

A frequent traveller and former longhouse chief, Merikan Tadong of Lubok Nibong, Marudi, said he was happy that life vests were made available at both sides of the ferry point but admitted that he was worried about having to use them after others had worn them

“The life vests must be sanitised,” he said when met after experiencing the enhanced safety measure. 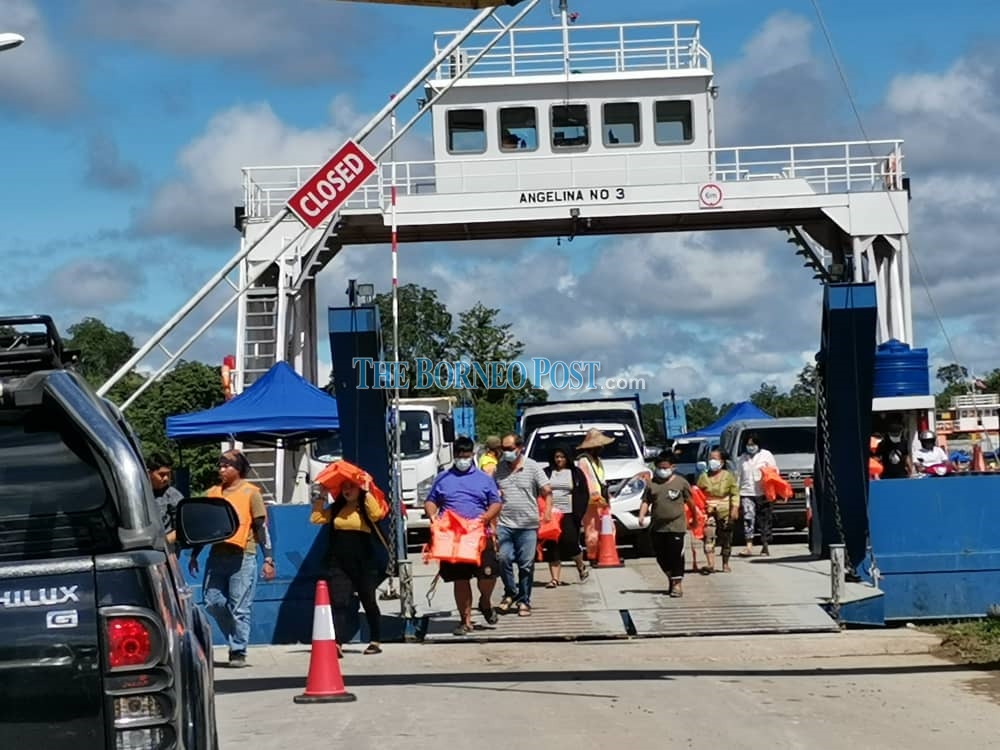 Passengers disembarking from a ferry with their life vests, which was returned at a collection point.

A PWD staff, Kassim Serah, told The Borneo Post that public cooperation since the wearing of life vests was made compulsory on Monday, had been good although there were some who had apprehensions.
‘
“They generally accept this move but some questioned whether it was safe for them as someone from Miri with Covid-19 infection may have worn the life vests, “ he said.

He said the enforcement officers on the ground said they could not force apprehensive passengers to put on the vest but they must take one on board.

During The Borneo Post’s visit today, PWD staff were seen spraying sanitiser on the life vests at the enforcement stations.

The wearing of the life vests is one of the measures introduced by the state government for the safety of ferry passengers after nine family members, including an infant, drowned in Triso last Friday when their vehicle slipped off the ferry ramp into the Batang Lupar.

Meanwhile, Sungai Gudang longhouse chief and councillor, Jimbau Ena, commended the government for the steps being taken to ensure the safety of ferry users.

Making an average of five return trips monthly across Baram River to travel to Miri for official business or family visits, he said it was imperative that everyone followed the instructions given by the staff of the ferry operator.

“On my part, I will tell all my people at my longhouse to comply, especially on wearing life vests as it may save our lives in the event of an untoward incident, “ he said.