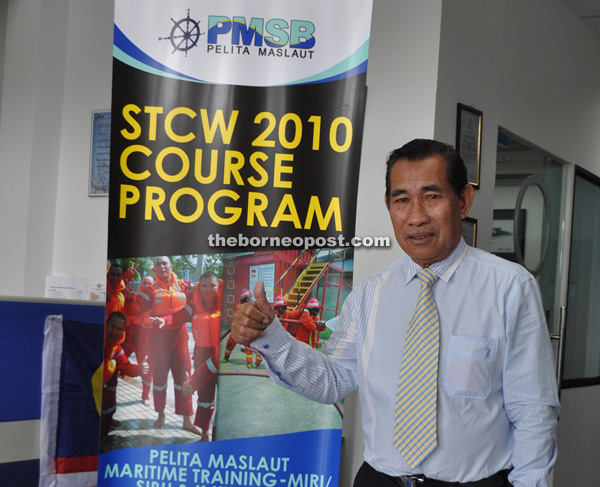 MIRI: Pelita Maslaut Miri Maritime Academy will officially open its new building on Dec 22 at 8am.

It is located in front of Lot 1516, Block 1, MCLD at Lutong Commercial Centre (next to Klinik Harmoni Lutong).

For next year, the academy is targeting to recruit some 30 students in February for long-term courses such as Standards of Training, Certification and Watchkeeping (STCW).

According to Masni, demand for labour in the maritime and shipping industry is still high despite the current economic situation.

“For instance, our academy supplies competitive labour force to be absorbed in the shipping industry and these students always get jobs when they graduate,” he said.

He said the graduates are mostly being employed on cargo ships, oil and gas tankers, while some become successful captains, officers or engineers locally or abroad.

“We have been operating for over 10 years and during that period, the demand in this industry is always there,” he said, adding that the academy has produced nearly 5,000 qualified seafarers in various fields.

He pointed out that initially students came from the Malay and Melanau community, but today they come from different races and backgrounds.

“We hope to produce many seafarers in Sarawak to fill the huge gap in the maritime shipping industry, the majority of whom are still monopolised by foreigners,” he added.

The academy is recognised by the Marine Department and other related government agencies, which ensure the training meets the required standard.

Pelita Maslaut also has branches in Sibu and Kota Kinabalu.