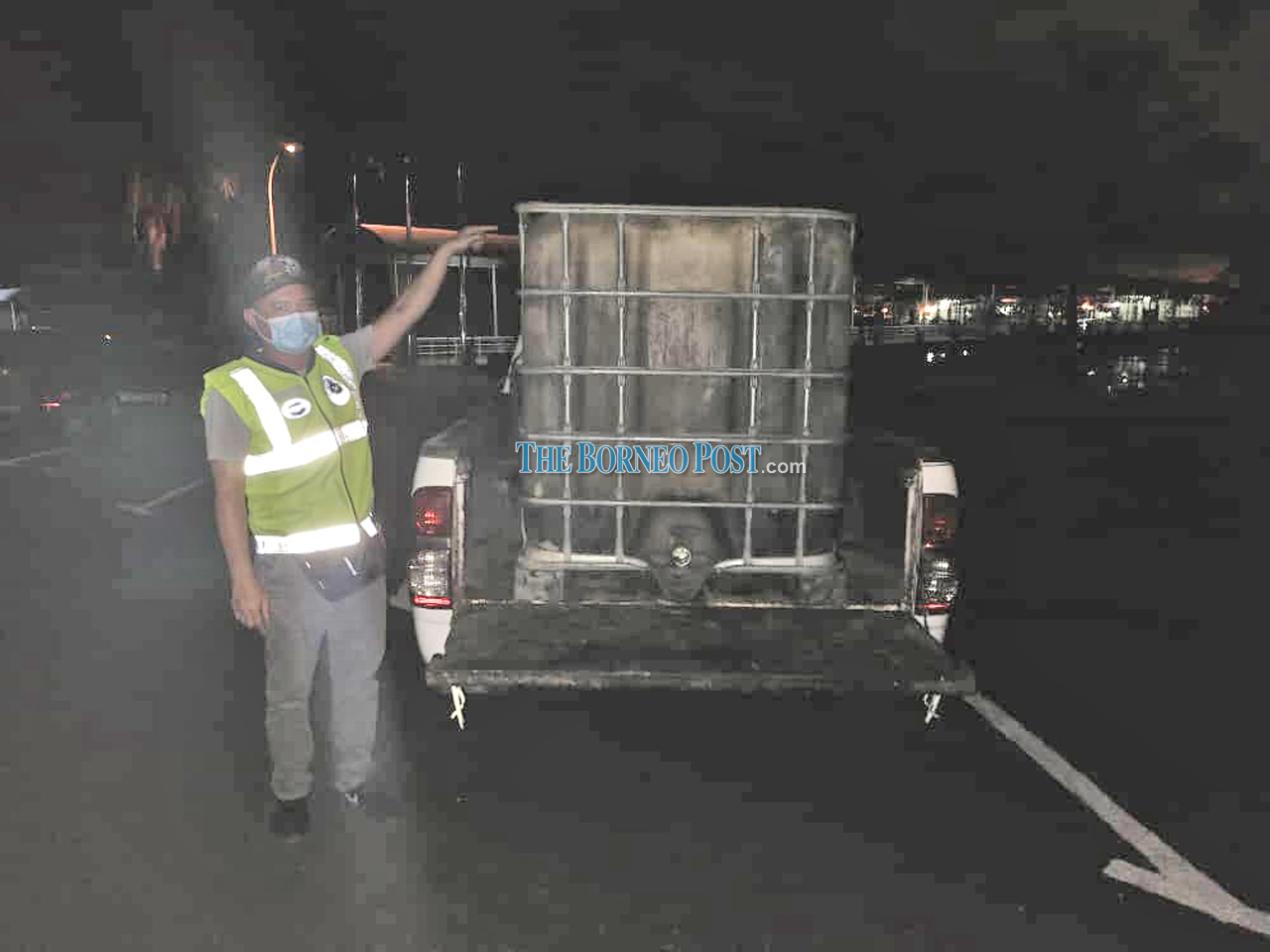 A policeman shows the tanks on the pick-up truck, which were filled with diesel.

BINTULU: Marine Police here seized a pickup truck carrying about 2,000 litres of diesel without valid documents during an operation on Tuesday.

In a statement, Region 5 Marine Police commanding officer ASP Ezuandi Bahadin said the arrest was made at Mile 28 Bintulu-Miri road around 7.30pm during Ops Landai.

He said they detained and inspected a pickup truck, which was loaded with two plastic tanks containing the diesel.

During the inspection, he said the driver failed to produce any valid documents relating to the ownership of the fuel, which is an offence under the Control of Supplies Act 1961.

He said the pickup truck worth about RM60,000 and the fuel worth RM4,040 were later impounded.

A police report was lodged and the case has been handed over to Ministry of Domestic Trade and Consumer Affairs for further action.