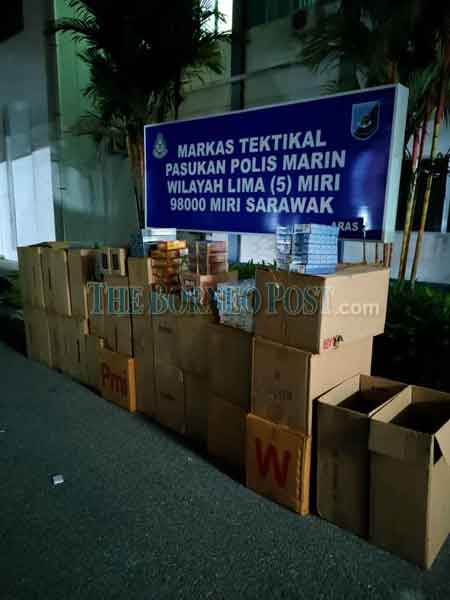 Photo shows the contraband cigarettes seized during the operation.

He said a team led by ASP Pangji Eseng had been carrying out surveillance on Tuesday around 7.30pm in Permyjaya.

“After about four hours waiting, the team then tailed a silver-coloured lorry from Permyjaya.

“Upon arriving at a junction at Jalan Sena in Tudan, the team then stopped the lorry,” said Shamsol.

A check on the lorry found various types of cigarettes suspected to have duties unpaid.

The driver failed to produce any valid documents, leading the team to arrest him and seize the lorry estimated to be worth RM70,000.

“The case has been handed over to the Criminal Investigation Department (CID) Miri for further investigation,” added Shamsol.