Marcus is a victim of a system Sarawakians seek to change

FOCUS: If Marcus Hugo’s transfer from SMK Lutong to SMK Merbau has to do with the failed attempt by two Malayan teachers to convert a student to Islam last March, Sarawakians must all rise up to oppose the transfer.

Sarawakians of all races and religions must join SMK Lutong PTA, Sarawak United People’s Party (SUPP), through its secretary general Lee Kim Shin, and Parti Rakyat Sarawak (PRS) Miri in telling the Ministry of Education and Putrajaya that they have no business taking out their anger against the principal for the failed conversion attempt and the subsequent transfer of the two teachers involved.

The issue of Marcus’ transfer must be brought to the attention of the state government and Fatimah Abdullah, the minister in charge of education in the state, as it should interest them that Sarawak does not, and never intend to, politicise its education.

The transfer cannot be normal when it is said to be done in “such an abrupt manner, when public examinations are just around the corner”.

If parents and teachers, who know Marcus and his excellent track record, question his “sudden and unexpected” transfer, seeing it as a retaliation of sorts, and describing it as “unwise and unfair”, what could be the reason for the Education Department to see the need for the move when Marcus will be retiring in December?

Some quarters even said that Marcus deserves a promotion as a ‘golden handshake’ for his good and proven track record instead of being given the transfer in the middle of the year, at a time when the Education Department is not known to carry out any transfer exercise of teachers.

A Borneo Post report said PRS Pujut Division chairman David Stephen concurred with SUPP’s stand that control over education should be given back to the state.

“There have been too many controversies surrounding education matters in Sarawak. This unexpected transfer of Marcus Hugo is another case in point,” David was quoted as saying.

It was also the Borneo Post that on July 12 reported SUPP president Senator Dr Sim Kui Hian as calling for a review of the Education Act 1996 (Act 550) to give the State Education Department greater autonomy over education matters.

According to the report, the SUPP chief is not satisfied with an explanation given him by the education minister when he raised the matter of education autonomy during a recent Senate sitting in Kuala Lumpur.

Apparently, Putrajaya seems comfortable that all education institutions, including the power to train teachers, remain under the Ministry of Education, are subject to Education Act 1996 (Act 550), and remain under the realm of the education minister as well as federal government.

The ministry, it seems, is only willing to take steps to implement delegation of power to all State Education Department directors including Sabah and Sarawak, to implement physical development projects, procurement of services as well as maintenance work up to RM5 million.

But Sarawak and Sabah cannot be treated like the other states. This we have to tell Putrajaya.

Putrajaya needs to be told that we need the education autonomy that was given away by former chief minister Abdul Rahman Yakub in the 70s back in our hands.

We want to recruit and train our own teachers and we want to administer our own schools because as Sarawakians, we know how best to go about it all.

We have allowed Malayans to run our schools and education matters for more than 40 years already but they have not done as promised.

Our school infrastructure remains wanting, our schools seem only good as dumps for Malayans not wanted in their own home states, while Sarawakians, known for their dedication and good work ethics, are being posted all over the country – when it is Sarawak that needs them most.

Marcus’ transfer is a timely reminder to Sarawakians why Sarawak needs to have that education autonomy back.

It’s also a reminder that there are a host of things that Putrajaya has promised to do for Sarawakians but has not done, like the Sarawak natives’ wish to be identified as ‘Dayak’ and not ‘lain-lain’ in the race column of government forms.

Have the necessary been done, like amending the relevant legislations to make that possible?

DAP talked about tabling a motion to amend the Sarawak Interpretation Ordinance 2005 to classify Sarawak natives as ‘Dayaks’ but PRS president Dr James Masing said DAP should follow proper procedures by calling for an amendment to the Federal Constitution first.

“Our boys are doing it at the A-G (Attorney-General’s) Chambers, but we don’t politicise it. Those are matters that need to be done, and we do it properly. PRS boys are doing it, we will clear it with A-G Chamber first, and then we will do it at the Cabinet. After that, we come here, the state, which is the second stage.

“DAP’s style is pulling the cart before the horse. We are not as ignorant as what DAP would like to believe. We do have lawyers who advise us on this matter.

Masing may be right, but Marcus is no political gimmick; he is a political victim, a victim of a system that Sarawakians seek to change.

Marcus Hugo was my principal back in SMB St Joseph and I believe he will do good for any school under his leadership.

Since the reason for his transfer is still being speculated, concerned politicians are speaking out for the PTA (part of the concerned Mirians being criticized for the conversion issue) which is a good thing but I don’t think the reasons will be made publicly. On the same note, looks like some quarters are riding on this transfer issue by politicizing it with all other known issues in Sarawak. Anyway, I believe in reality if you are looking forward to retirement in the public sector, I think it is better to keep your heads down for a smoother ride. By the way, I wonder whether the Majlis Pengetua-Pengetua Miri is also voicing up to this issue because it could also happen in their schools? And who will take over SMK Lutong as the next principal to perform “damage control”? Just a thought.

Point 15: Education of 18 Points agreement (Sarawak) has been clearly violated. Our beloved CM Adenan should do something on it. 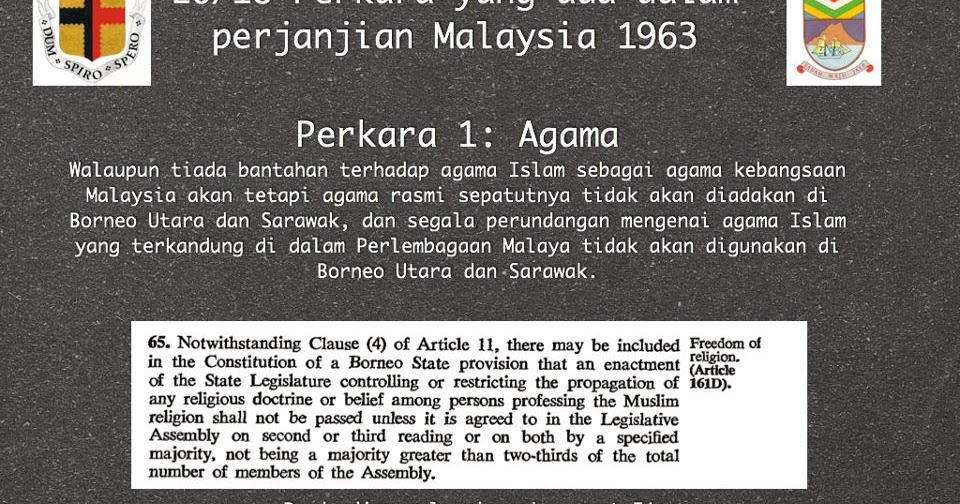 18 & 20-POINTS MEMORANDUM BETWEEN SARAWAK, SABAH AND MALAYA Point 1: Religion While there was no objection to Islam being the nat... 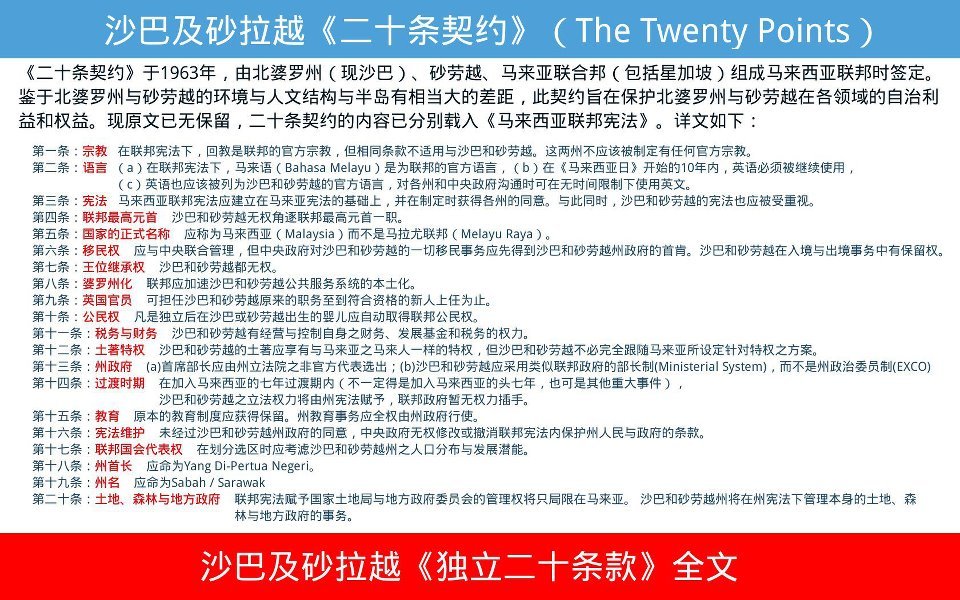 @Vandrexz any chance of a BM/Eng version of Sarawak 18 point agreement? We Mirians should know this better than Rukunegara…