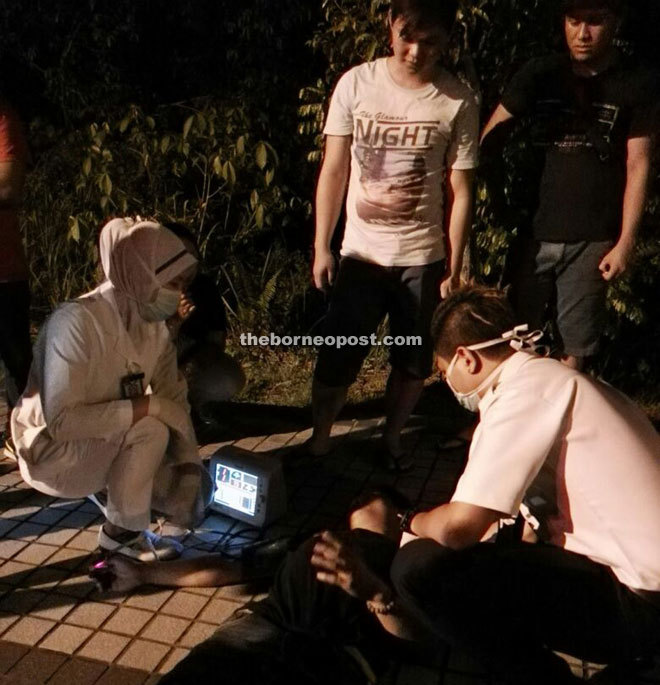 Medical personnel attending to the injured driver at Canada Hill.

MIRI: A man in his late 20’s crashed his car into two stationary cars in Canada Hill on Saturday night.

It was understood that the motorist was driving downhill towards the city centre when he lost control of his car and crashed into two parked vehicles.

The accident reportedly happened around 11pm.

Due to the collision, the man sustained minor bodily injuries and was treated at Miri Hospital.

Several customers patronizing an eatery near the crash site, ran to the scene as they heard a loud ‘bang’.

They immediately rang up an ambulance for assistance.

The vehicles involved in the accident were damaged and dented.