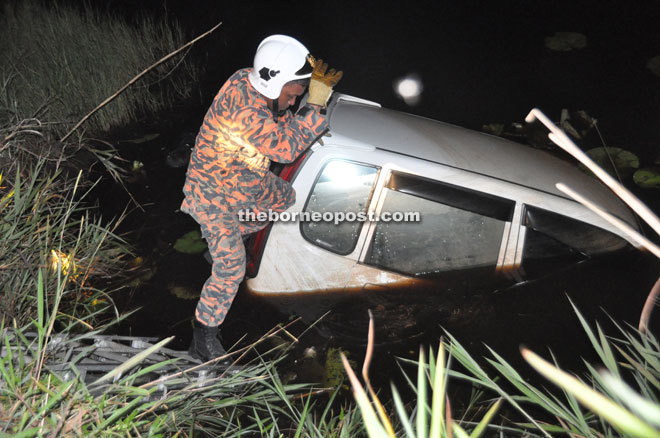 Firemen making sure there was no one else inside the vehicle.

MIRI: A man was on Saturday evening found floating face down beside a car that was partially submerged in a monsoon drain along Kampung Masjid Road in Kuala Baram.

The deceased has been identified as Wong Kiing Chai, 32, from Lutong Baru. His remains have been sent to Miri Hospital for a post-mortem.

Two locals in the area stumbled upon this gruesome find while searching for a good spot to fish at about 4pm.

One of them immediately alerted the police. 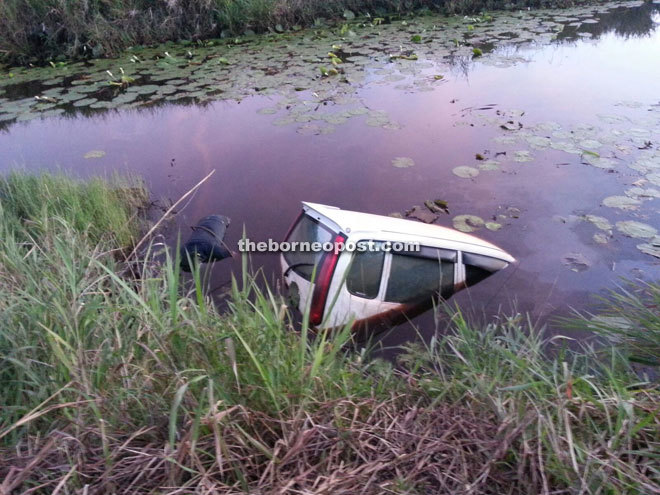 The body floating next to the car.

Miri acting police chief Supt Stanley Jonathan Ringgit said preliminary investigation revealed that the car might have veered off the road before plunging into the drain.

Firemen from Lopeng station were summoned to the scene to retrieve the body and to tow the car out of the drain.

Police found no one else inside the white-coloured vehicle.

The case is being investigated under Section 41 of the Road Transport Act 1987.

Poor guy. May his soul rest in peace.