Man drives off 4WD vehicle while owner was unloading it 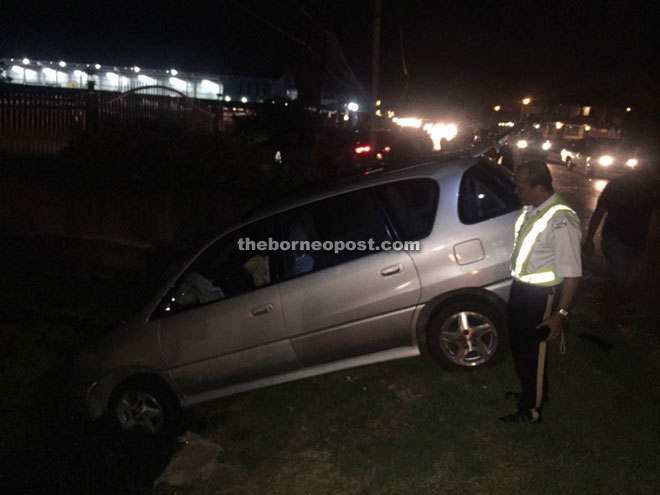 A policeman inspecting the crash scene at Jalan Tudan.

MIRI: A four-wheel-drive (4WD) vehicle has been reported stolen from a house in Permyjaya on Sunday night.

According to a police report made by the owner on the same night, he was busy moving out some boxes from the vehicle in front of his house at around 8.40pm when an unknown man entered the vehicle and drove it off.

The case is being investigated.

Meanwhile, in an unrelated incident, two vehicles were involved in a collision along the Tudan road on the same night.

Fortunately, drivers and passengers of both vehicles escaped unharmed in the 9pm accident.

One of the vehicles landed on a ditch due to the impact of the crash.