Man dies while waiting for haircut 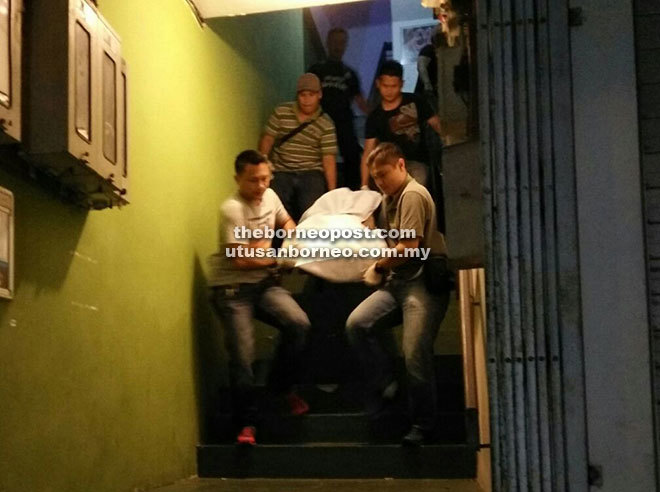 Police carry the body in a stretcher from the salon located in Centre Point.

MIRI: A beautician who works at a salon in Centre Point here got the shock of her life when she found a regular customer dead in one of their massage rooms on Saturday night.

It is learnt that the man, aged 48, had gone to the salon for a hair cut around 9pm but the woman told him that the salon was about to close for the day. The man told the woman that he felt dizzy and she told him to rest in the massage room while waiting for his turn.

When she returned to the room about an hour later, she was shocked to find him motionless and suspected that he had died.

An ambulance from Miri Hospital was immediately despatched to the salon where he was pronounced dead.

Police were also called to the scene and later took the body to Miri Hospital for a postmortem.