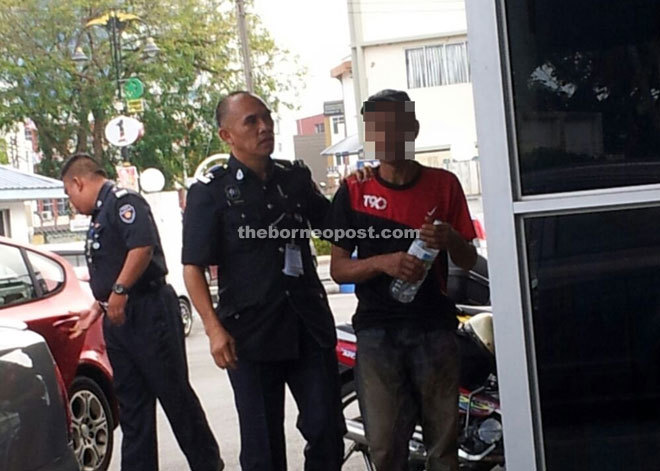 The suspect being led into Miri central police station for questioning.

MIRI: A local man in his 40’s was caught red-handed by Sarawak Shell auxiliary police in Piasau for stealing cables yesterday.

In the 10am arrest, the auxiliary police personnel also seized a bag belonging to the suspect containing various types of house-breaking apparatus.

Meanwhile, in a separate case, 10 bags of cement worth around RM200 were reported stolen from a house that is under renovation in Riam.

The theft was discovered yesterday morning by workers who came to work at the site.

A police report on the incident has been lodged at Miri central police station.