Man calls for secularism in Saudi Arabia, get 600 whips

What happen when you call for secularism in Saudi Arabia, one of the world’s most religiously-conservative nation?

Medias across the world, from Japan to South Africa, Germany to Argentina, are flashing with news that the founder of a liberal-minded website in Saudi Arabia has been sentenced to seven years in prison and 600 lashes after angering Islamic authorities in the ultraconservative kingdom - all because he was calling for secularism. Raif Badawi, owner of Free Saudi Liberals, through his online forum had urged Saudis to take part in open discussion about the role of religion in the country, which follows a strict form of Islam known as Wahhabism.

http://cdn.larepublica.pe/sites/default/files/imagecache/img_noticia_640x384/imagen/2013/07/30/imagen-israeli.jpg
Saudi man sentenced to 600 whips and 7 years prison for promoting secularism in the Kingdom

Badawi favors the separation of religion from politics, in what is termed as secularism. He argued for the needs to liberalize the Saudi society, and also to put a greater emphasis on science and technological development so to catch up with the Western world. For this, Saudi Arabia found him guilty of “insulting Islam”. Waleed Abualkhair, Badawi’s lawyer, says he was charged for “violating Islamic values and propagates liberal thought”. The judge also ordered that the website to be shut down.

“No one wanted to take his (defense) case,” said Waleed. “Because they believe anyone taking this kind of case will destroy his own reputation. But I don’t believe in that. I believe that everyone has his right to have a lawyer. And I believe that Raif is innocent.” Waleed is more than just Badawi’s attorney. He is also his brother-in-law and a fellow human-rights activist.

Badawi infuriated a prominent Saudi cleric last year, who issued a religious ruling declaring him an “unbeliever… and apostate who must be tried and sentenced according to what his words require.” The cleric, Sheikh Abdulrahman al-Barrak claimed that Badawi allegedly said that “Muslims, Jews, Christians, and atheists are all equal”, and that such comment is offensive. A court in Jeddah charged Badawi of apostasy, which carries the death penalty, but was dropped after he convinced them of his devotion to Islam. 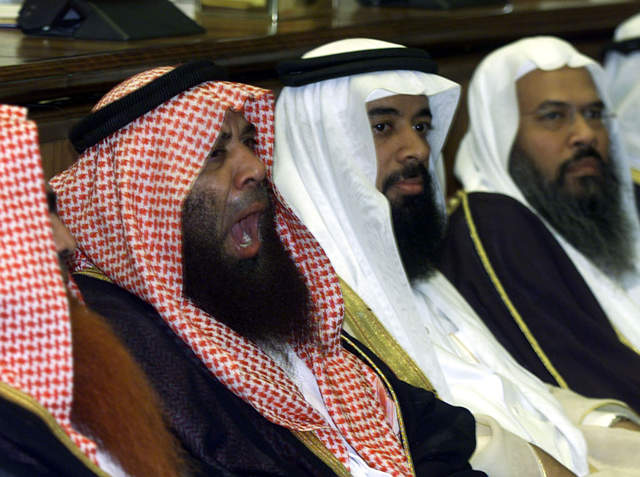 According to Saudi Al-Watan newspaper, Badawi has been held in prison since June 2012. “This incredibly harsh sentence on a peaceful blogger makes a mockery of Saudi Arabia’s claims that it supports reform and religious dialogue,” said Nadim Houry, Middle East deputy director at the Human Rights Watch. "A man who wanted to discuss religion has already been locked up for a year and now faces 600 lashes and seven years in prison. The judge affirmed that “liberalism is akin to unbelief,” Human Rights Watch wrote.

Ensaf Haidar, Badawi’s wife, said she is devastated by the news. “I don’t know what to do,” Haidar said Wednesday. “Raif did nothing wrong.” Haidar and the couple’s three children now live in Lebanon after she was estranged from her family due to Badawi’s action. Haidar said it would be impossible to take her children back to Saudi Arabia as the stigma is too strong there. “You feel like everybody’s accusing you,” she said, close to tears. “Like everybody’s against you, at war with you.”

Amnesty International called that trial “just one of a troubling string of court cases aimed at silencing the kingdom’s human-rights activists”. Jen Psaki, a U.S. State Department spokeswoman, said Tuesday that the United States was “deeply concerned” by the sentence given to Badawi. CNN has made several attempts to reach the Saudi Arabian government for comment but received no response. Calls by Reuters to request comment from the Saudi information ministry were not answered. 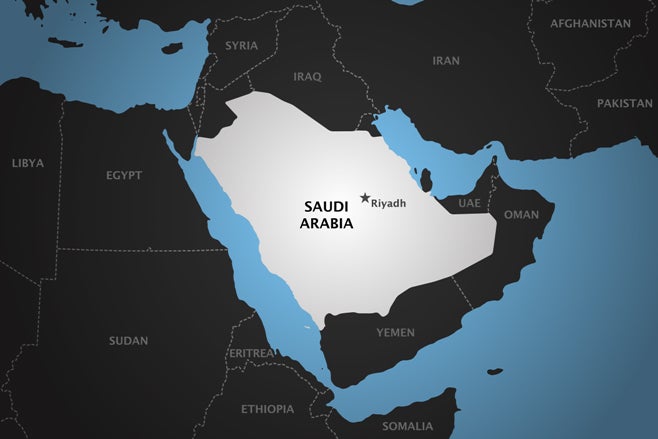 France was concerned by the sentence and remained committed to freedom of opinion and of expression, the French foreign ministry said in a statement. Officials from the Saudi National Society for Human Rights could not be reached for comment. The widespread global publicity of the case threatens to arouse further negative perception towards the Islamic Sharia laws.

This is what happen when politics and religion mixed.
Malaysia is nothing much like saudi arabia.