Man arrested in connection with shoplifting 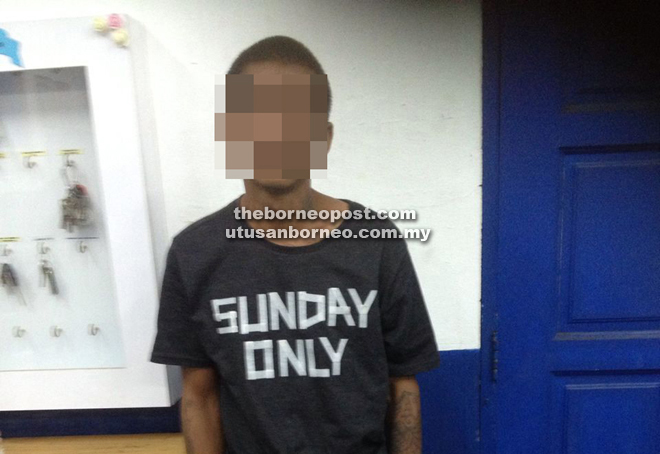 The suspect at the police station following his arrest.

MIRI: A 33-year-old man was arrested yesterday for allegedly shoplifting in the supermarket of a shopping mall.

In the incident around 4.30pm, the local was caught red-handed by the supermarket’s security guard, who saw the man hiding three items under his T-shirt.

He was later handed over to the police, who brought him to the Miri Central police station for further investigation.

It is understood that the suspect has a previous criminal record.

The case is being investigated under Section 380 of the Penal Code.

Attention Polis di Raja Malaysia. We the many millions rakyat of malaysia are awaiting the arrest of Malaysian Official 1.