Man arrested for refusing to wear face mask at airport 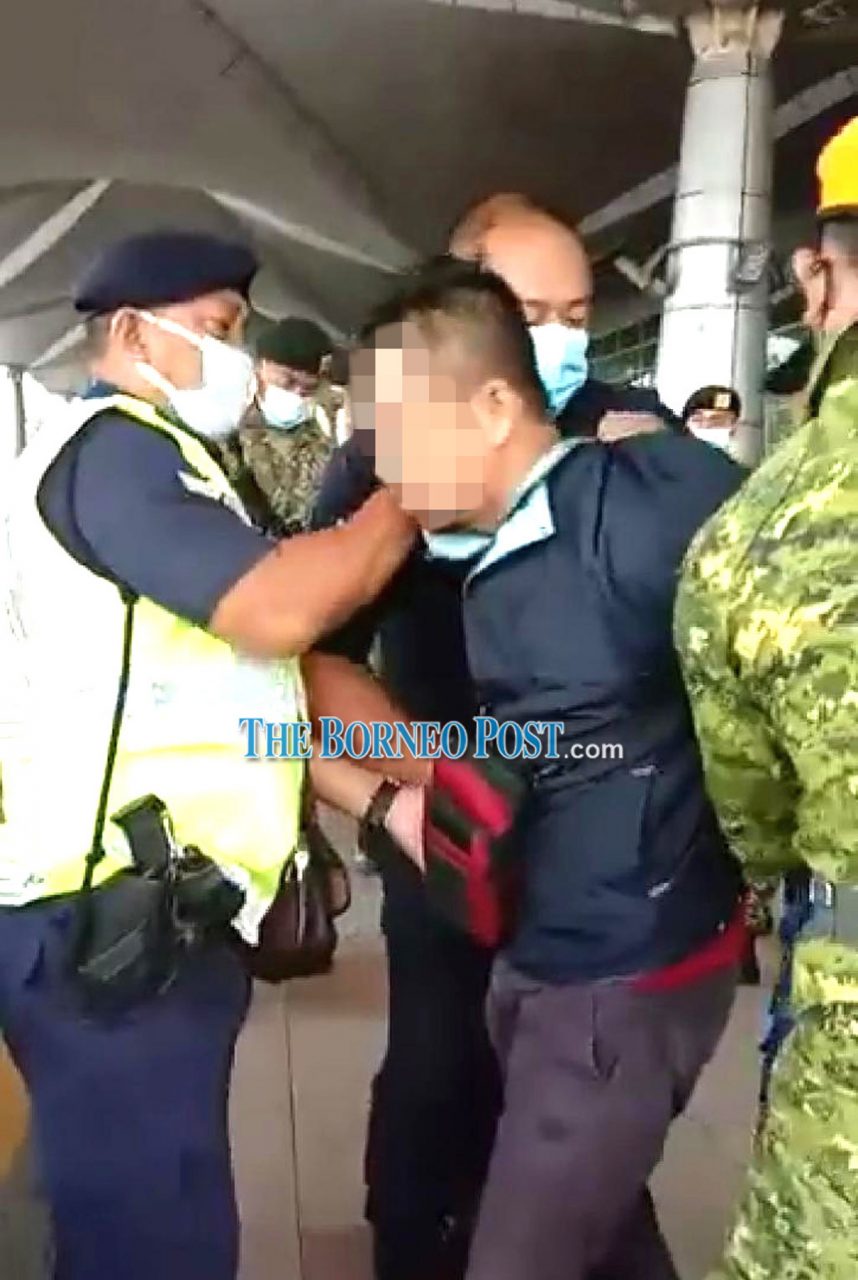 A screenshot from a video clip showing the man being detained by the police.

MIRI: A man who threatened an auxiliary policewoman after she told him to wear a facemask at the Miri Airport yesterday was arrested.

District deputy police chief Supt Mohd Sabri Zainol said the 45-year-old man was stopped by the female auxiliary personnel for not wearing a face mask as soon as he entered the airport.

However, he refused to follow the order and continued to go into the airport building.

“The suspect also threatened the policewoman ‘kamu mahu mati kah’ (you want to die) to the woman,” he said.

The man paid dearly for his aggression as he was arrested on the spot and handed over to the patrol police before being taken to the Miri Central Police Station.

A video showing the man being detained by the authorities has gone viral in the social media.