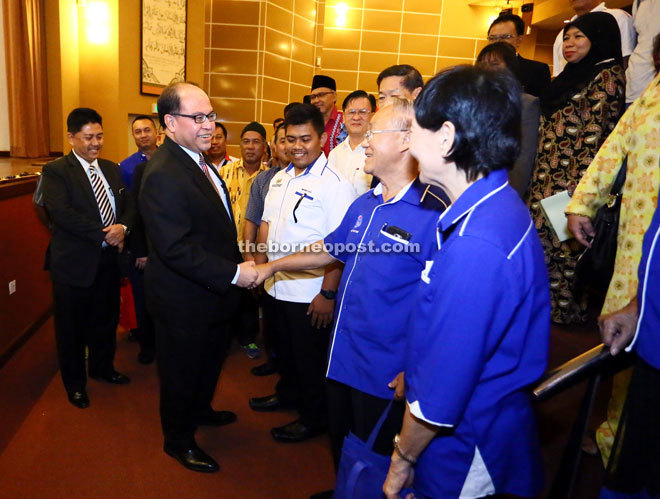 KUCHING: Malaysian Anti-Corruption Commission (MACC) cannot delegate enforcement authority to non-governmental organisations (NGOs) to assist them in making arrests related to corruptions as this may result in abuse of power.

Its state director Dato Badrul Shah Norman said arresting an individual suspected to be involved in corruption was a serious matter and the commission had to ensure that they arrest the right person.

“You have to be fair when you arrest a person because once he or she is arrested, there goes their credibility, reputation, standing in society, dignity and so on.

“When MACC arrests a person, we make sure we arrest the right person and that he or she has really committed an offence. We don’t want to arrest the wrong person as once arrested, you cannot undo the damage that has already been done, not only to the individual, but also to his or her family,” he said during a dialogue session between MACC Sarawak and state NGOs at Islamic Information Centre (IIC) here yesterday.

Badrul was responding to a question if MACC would consider delegating some of its powers to NGOs to make arrests.

“Arresting a person is one thing but proving the guilt of the person in court is a totally different ball game as we have to ensure that there is a 95 per cent chance of us winning the case. As such, we try as far as possible not to do arbitrary arrests and must be very careful to ensure that we are also fair to the person.

“Hence, I don’t think we can delegate powers to NGOs to make arrests because there is a tendency that it might be abused. Once it’s abused, it is difficult to undo the damage that has already been done,” he said.

On public concern that they might be at risk if they filed a complaint or provided sensitive information to MACC, Badrul said there was the Whistleblower Protection Act to protect witnesses in this country.

He called on those with information regarding corruption cases to call MACC Sarawak at 082-467701 where the officer-on-duty would be available until 6pm daily (including public holidays) to receive the complaints.

On the dialogue session, Badrul said it was part and parcel of MACC’s engagement process with NGOs to foster closer ties between both parties.

Around 150 participants from various NGOs here attended the dialogue session which was organised by MACC in collaboration with Angkatan Zaman Mansang (Azam) Sarawak.