I don’t know how many of you are watching lost I suppose the ones that is been air in Astro is season 5. I have been watching season 6 season finale and all i can say is a crappy ending considering following the show for six season. All those time wasted…

There’s an extra 15-minutes bonus clip included with the DVD when it comes out that’s supposed to be the true ending.

i watched fromt he 1st season till the last finale. Well, i think the writes doesnt know how to end story so they simply create one. Crappy indeed.

beautiful and sad ending…you can skip season 2-4 though

Finished watching the whole season last week. Crappy ending. How come the new Island protector died (Jack)? I thought all of them have special power?

Finished watching the whole season last week. Crappy ending. How come the new Island protector died (Jack)? I thought all of them have special power?

He he he he. Spoilers

i got 3 alternative ending, the choice is yours.

Lucky me my animal instinct warn me not to indulge too much on LOST series since day 1.

just finish watching last episode… jack and locke died, hugo as new island protector. but other story they meet each other in church… :?: :shock: pening betul.

after finish watching i get lost also.

the director should be crucified. I feel I’ve been scammed 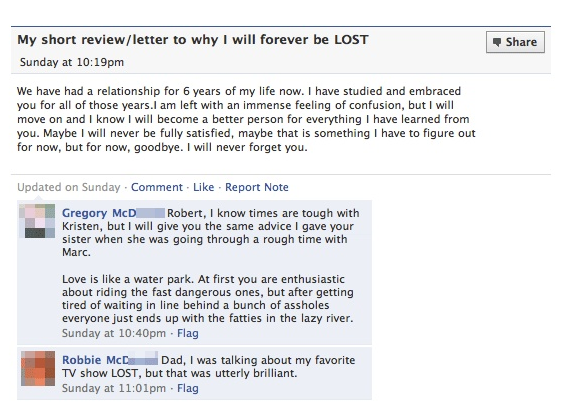 HEROES finale was crappy too!!

after that season 4 onwards u will get lost little bit season 5 little little bit till final almost completely lost. :mrgreen: in the last few chapter they will tell u the begining story of jacob + his brothers.

after finish watching i get lost also.

i totally lost track of which season i watched til…can i know where to download it ?