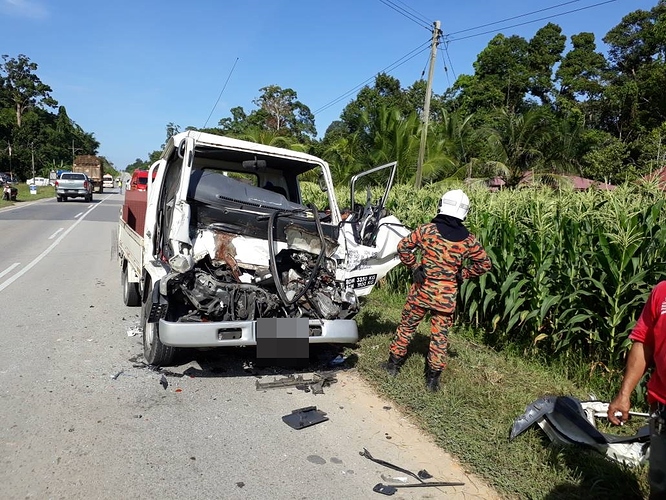 A firefighter inspects the wrecked lorry.

MIRI: A 44-year-old man was killed when the lorry he was driving in crashed into the back of another lorry at KM60, Jalan Kelulit Bekenu here today.

The deceased was identified as Zainal Junaidi.

“The operation commander reported that the accident involved two lorries. It is learned that the lorry driven by the victim had crashed into the back of a stalled lorry on the roadside from the direction of Miri to Bintulu.

“The victim was extricated by the firefighters using a rescue tool and was pronounced dead on the spot by the Miri Hospital medical personnel and handed over to the police for further action,” he said.

The driver of the stalled lorry sustained body injuries.