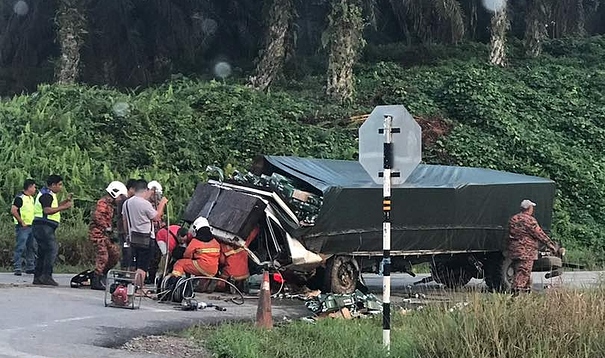 The lorry that was involved in the accident. 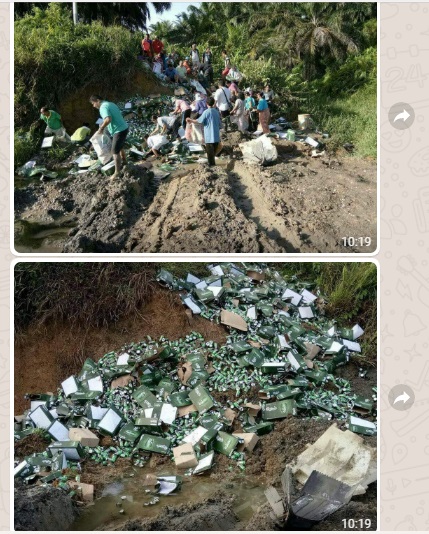 Screenshot of the photos of the incident have gone viral in social media platforms like Whatsapp and Facebook.

MIRI: A lorry driver and his assistant were injured when their lorry heavily loaded with beers was involved in an apparent self-accident at Bukit Peninjau, Bekenu early yesterday morning (Sept 11).

Miri Fire and Rescue Station chief Assang Langir, when contacted today, confirmed that his station responded to the distress call.

“The lorry driver and his assistant were pinned to their seats,” he said.

Thousands of canned beers transported in the three-tonne lorry fell out of the vehicle in the accident.

It is understood that the driver managed to collect back the ones in good condition, while the rest were given to villagers nearby who came to help them earlier.

The incident sparked a viral reaction on social media, with sensational news portals sharing photos of the beer crates littering the road and villagers scampering to collect them. The portals also speculated that the beers were dumped because they were smuggled or have expired.