Longhouse chiefs should be elected — Penguang 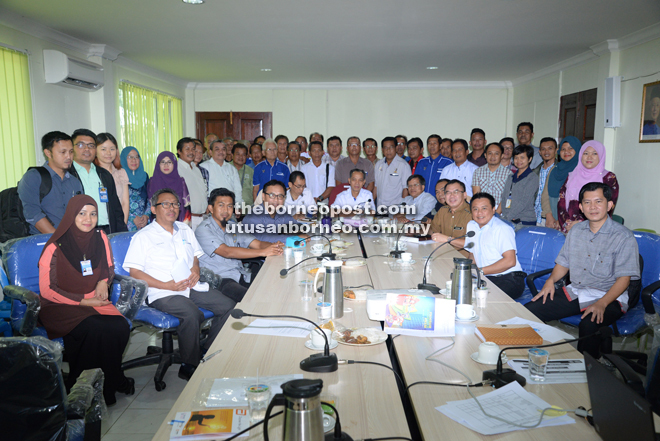 Penguang (seated at centre) with the attendees at the meeting.

BELURU, Bakong: A Tuai Rumah (longhouse chieftain) should be elected through a proper democratic process to ensure that he or she is really wanted by the subordinates.

Neither should there be a shortcut nor favouritism in choosing a leader, as doing so might cause dissatisfaction among the longhouse residents, resulting in unnecessary quarrels.

“Those Tuai Rumah whose term has expired should renew the tenure.

“The longhouse residents may hold an election through a democratic process to elect a new one, to ensure that he or she is really selected by them, and not appointed by me,” he added.

The Marudi assemblyman gave the comments following complaints from many villagers in his constituency that their Tuai Rumah were just appointed by someone, not elected by them.

Noting that there were two categories of Tuai Rumah, he called on the District Office to supervise the election.

“One is an elected Tuai Rumah, and the other an appointed one which is not official or selected by the subordinates, and as such, the people tend to misunderstand which leads to dispute over the matter,” he explained.

“Democratic way is the right procedure to elect a leader for a longhouse,” he reiterated.

Several heads of various government departments in Beluru and Miri attended the meeting. Among them were Public Works Department, Land and Survey Department, Forest Department and Sarawak Electricity Berhad (SEB).