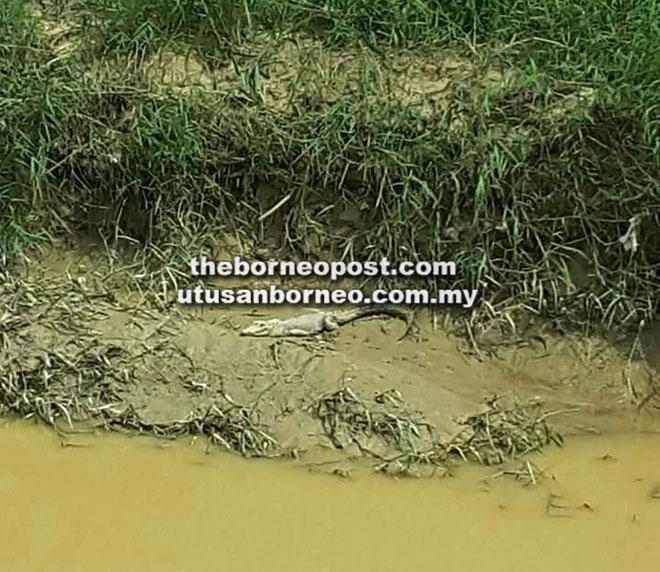 A young croc basking in the sun at a stream near Kampung Luak, Miri.

One of the crocodile measuring about one metre was seen sun bathing near a sand bank upstream while another was seen downstream.

A youth from the village, Mohd Rezal told The Borneo Post yesterday.

“Early last month, I spotted one crocodile sun bathing at the bank and I saw two today at different locations.”

According to Mohd Rezal if there are young crocodiles than there should be adults too. He urged the authority concerned to catch the crocodiles for the safety of the villagers, especially kids who like to play near the stream.

He said he highlighted this issue to the media early last year but no action was taken to remove the reptiles.

“I hope the reptiles can be relocated, “Rezal added.