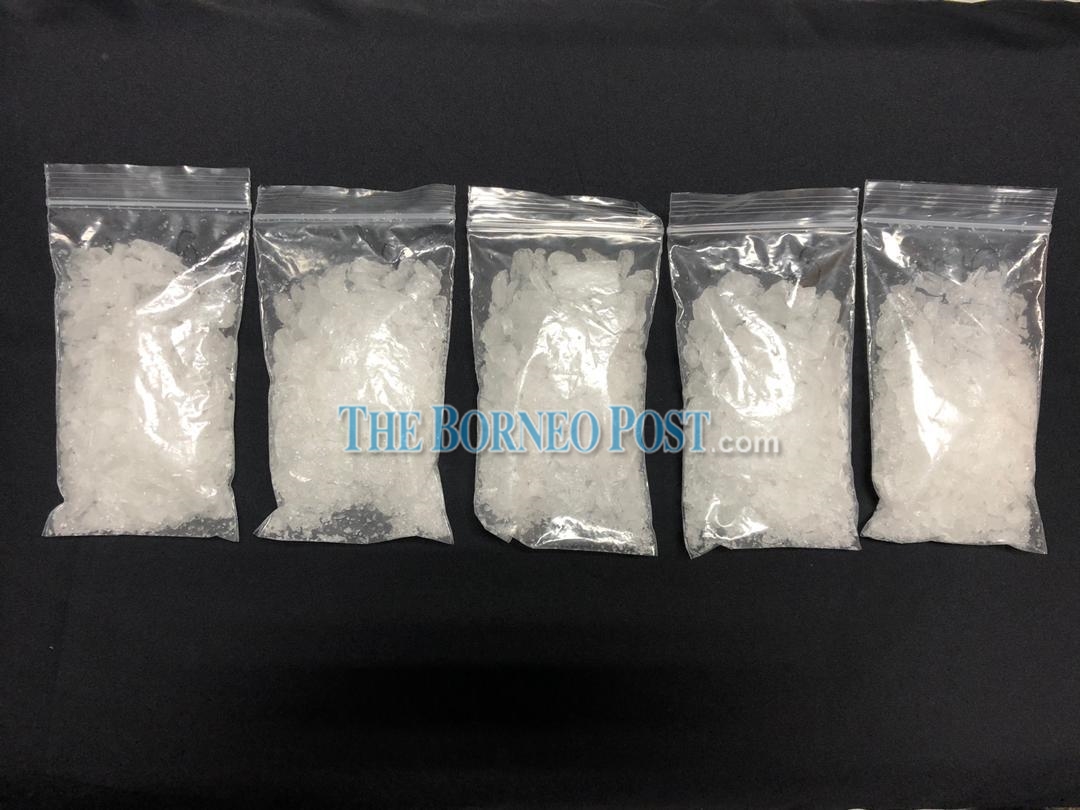 The packets of substance believed to be methamphetamine seized.

MIRI: Police arrested a local man for suspected involvement in drug trafficking in a car parked behind a vegan store at Batu Niah town here on Thursday.

The team seized 253.7 grammes of drugs believed to be methamphetamine worth RM50,740 during the raid.

“During the raid, the suspect had thrown a black plastic bag onto the road at the door side of the car that he had driven. Further inspection of the plastic bag revealed that it contained five transparent plastic packets each containing a crystalline substance suspected to be methamphetamine, roughly weighing 253.7 grammes.

“The suspect was later taken to the BSJND office for further action and the drugs were confiscated as evidence,” Lim said.

“A urine test, which was conducted on the suspect after he was brought to the BSJND office, tested negative for drugs,” he added.

Lim disclosed the suspect did not have a past criminal record.

Police are investigating the case under Section 39B of the Dangerous Drug Act 1952.