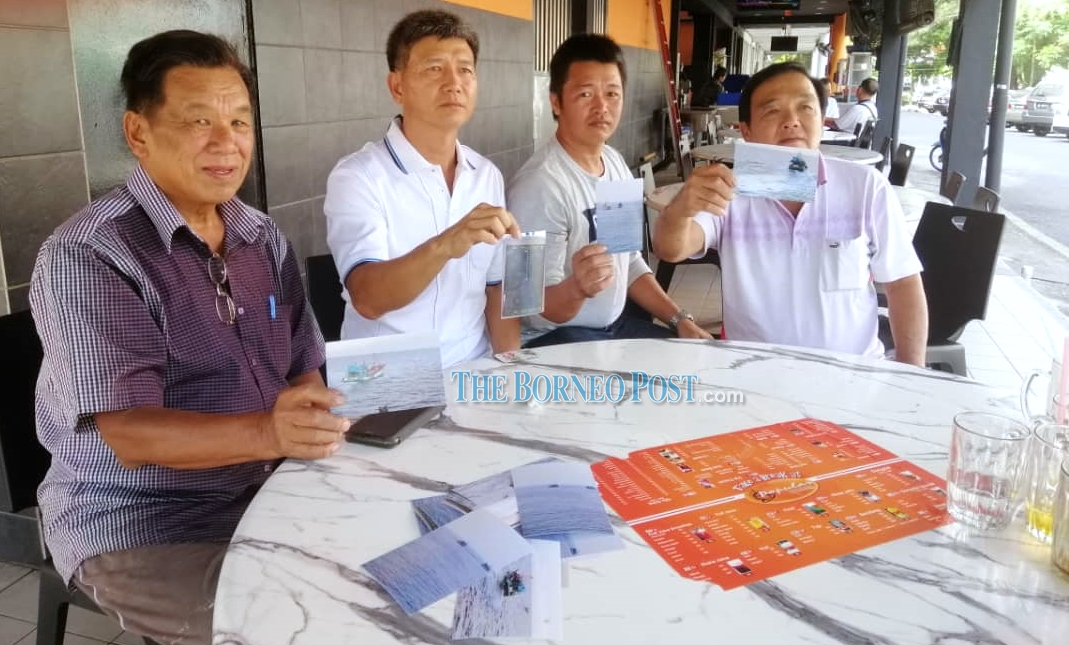 (From left) Ha, Tang, Harry and Lee hold up pictures of what they claimed to be a foreign fishing vessel in Sarawak waters at the press conference.

SIBU: Sarawak Fishing Vessels Association has made another plea to the Malaysian Maritime Enforcement Agency (MMEA) to take serious action against the foreign Vietnamese fishing trawlers in Sarawak’s waters.

Its chairman Tang Swee Won said the situation was becoming desperate and if MMEA continued to ignore their pleas, then it would bring about “serious repercussions” to the livelihood of Sarawakians.

“Action should be taken immediately to deal with these foreign Vietnamese fishing trawlers if MMEA is really serious about looking after our local fishermen,” he said at a press conference today.

Tang said these foreign Vietnamese fishing trawlers were getting increasingly more daring due to lack of enforcement.

“At times, it would appear that they are the locals while we are the foreigners when we encountered them at sea,” he said.

Tang recalled one incident last July, where he claimed that Vietnamese fishermen even waved machetes at local fishermen after a cat-and mouse chase in the sea within 30 nautical miles of Sarawak’s waters.

Following the incident, Tang said the local fishermen, who is from Miri, lodged a police report immediately.

“If the problem is not nipped in the bud, it will eventually spread to Sibu waters, Kuching waters and throughout Sarawak waters,” he added.

He said in a statement that Teh was “not fit to be the director (of the agency)” and should resign from his post if he failed to treat the danger posed to local fishermen and the depleting of Sarawak’s maritime resources by foreign fishermen seriously.