Lee: Transport Ministry to discuss with school bus operators on how to remain afloat amid school closures 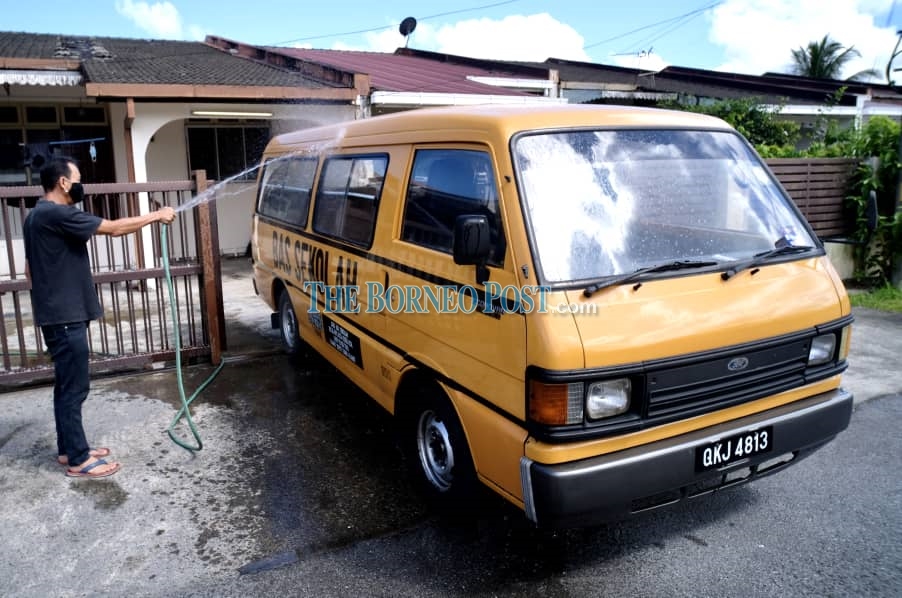 MIRI: The Ministry of Transport will discuss with school bus operators in the state and welcome their proposals to remain afloat in the dealing with the loss of income due to school closure, said its minister Datuk Lee Kim Shin.

His ministry would be reaching out to the stakeholders and hoped they could forward their proposals through online and other forms of communication to overcome the restrictions of Covid-19 standard operating procedure (SOP) compliance.

“There are 791 school bus operators throughout the state, and our officers will listen and talk to their representatives through online meetings or they can write to us with their proposal, “ he told The Borneo Post today.

Lee said this was in response to the plight of school bus operators who lost their income again following the second closure of schools, with many staring at the possibility of closing shop in the state.

“ We are aware and understand their predicament and would like to meet them but had to comply with the SOPs as Kuching is still classified a red zone district, “ he said.

“Most of us are now facing the risk of bankruptcy and may have to cease our operations soon as we cannot pay our loans,” she told The Borneo Post on Nov 15.

She said the survival of association members is now solely in the hands of the government, and they maintain hope that the appropriate assistance can be provided.

Malay Mail on Nov 10 reported that the Federation of Malaysian School Bus Operators Association had already lost close a third of its 10,000 members to the various iterations of the MCO.

Its president Mohd Rofik Mohd Yusof said over 4,000 operators had already ceased operations and many were forced to sell off their vehicles and close down their businesses due to the conditional movement control order (CMCO).

Many could not continue to pay for their loans and could not survive with zero income in the coming three months of zero income as schools are expected to reopen on January 20 next year.

The federation suggested that there should be a moratorium on vehicle loans for school bus operators especially during the CMCO so that their buses will not be repossessed by the banks and financial institutions when they fail to service their loans.

Operators need between RM4,000 and RM5,000 each month to pay their loans and support their families so during the MCO, many have already dug into their savings to keep their head above water.

The post Lee: Transport Ministry to discuss with school bus operators on how to remain afloat amid school closures appeared first on Borneo Post Online.