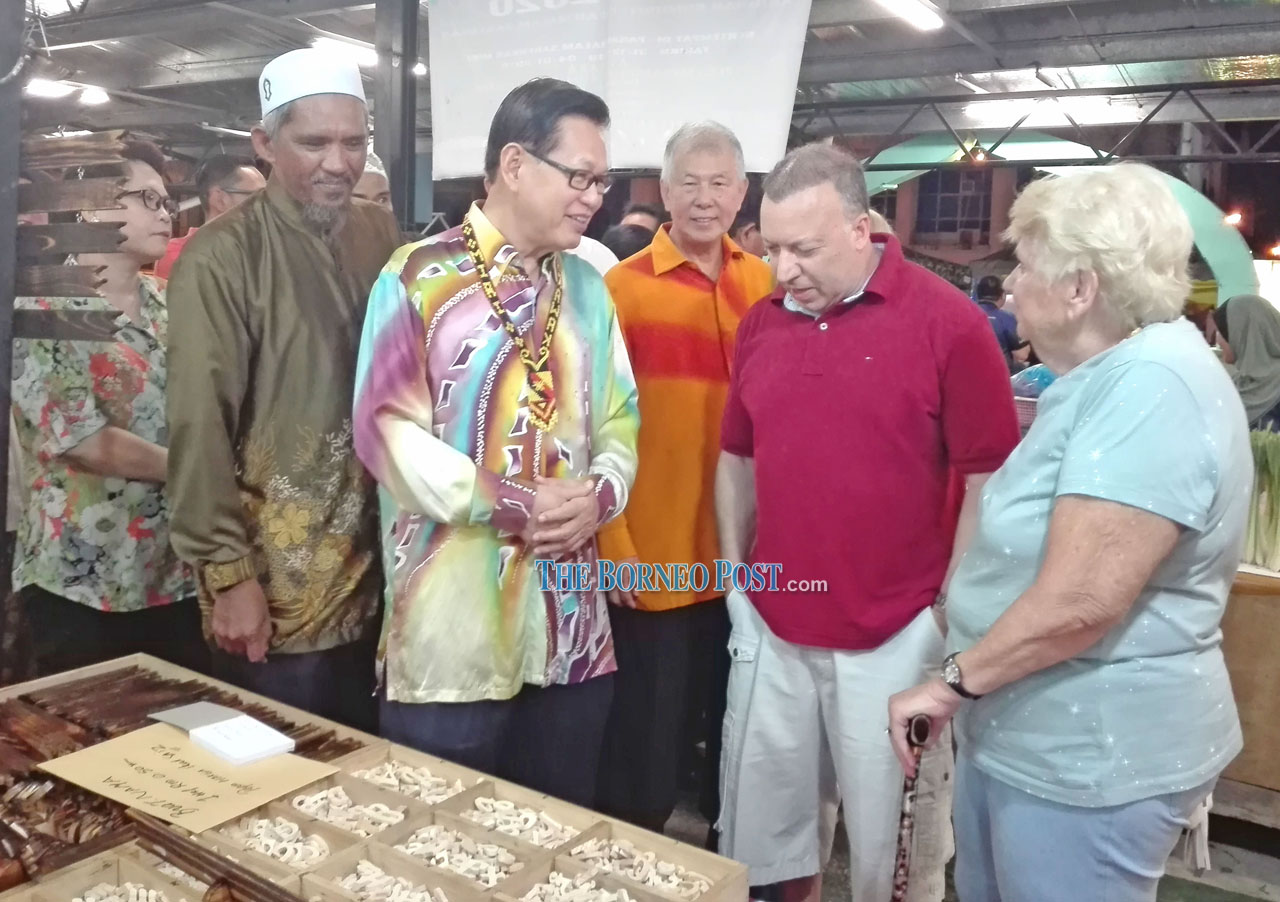 Lee (second left) talks to some tourists at Saberkas Night Market. On third left is Ting.

MIRI: The people in Sarawak are highly regarded for their religious and racial unity.

In pointing this out, Transport Minister Datuk Lee Kim Shin also highlights the importance of maintaining peace and harmony so that all the development agenda for Sarawak can be implemented.

“Being a multiracial state with more than 27 ethnic groups, we must show the world that truly, we are religiously and racially harmonious, and united,” he said in closing the 2020 New Year Celebration at Saberkas Night Market here last Saturday.

Lee also called upon fellow Sarawakians to continue standing firmly behind the state government, led by Gabungan Parti Sarawak (GPS), in regaining Sarawak’s rights as well as fighting for the interests of Sarawakians.

Meanwhile, the minister was pleased to see some marked improvements on the Saberkas Night Market, since it was set up 20 years ago, in that it now has better facilities for trading activities.

In this regard, he commended the Miri City Council (MCC) for improving and upgrading works on the night market.

“With 200 stalls selling various products, the Saberkas Night Market is a popular spot for tourists. That’s why the government has allocated a huge amount to improve and upgrade the facilities there,” he said, while reminding the traders to always keep the area clean.