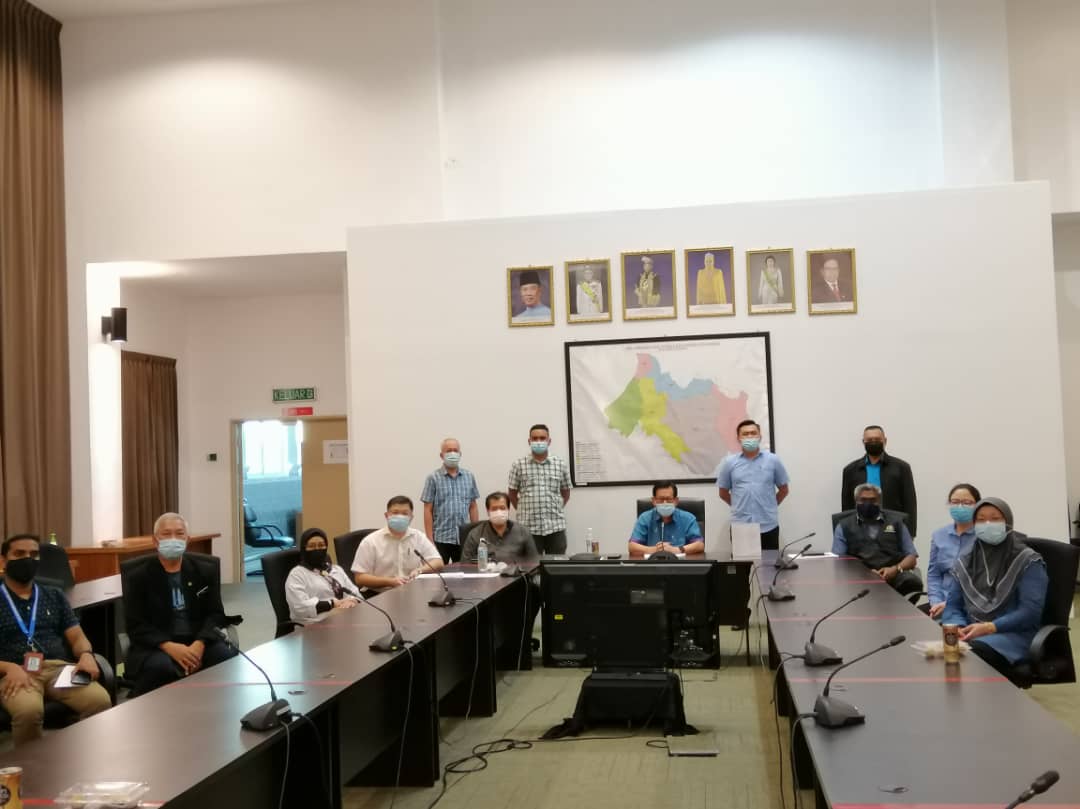 Lee (centre, seated) and representatives from various agencies in a photo call.

Lee in a statement today revealed that the decision was made after chairing the MDDMC meeting with all agencies including education officers representing Miri, Baram and Subis districts.

“I have also spoken to the state education director on the standard operating procedure (SOPs) for schools in the red zones, hence, after we were briefed by the divisional education officer, there are three options of operations that schools could choose from,” said Lee.

He said that the options are namely Model 1: One School Session; Model 2: Two school sessions; and Model 3: Rotation system.

For schools with high enrolment, they could opt for Model 3 which is the rotation system to avoid human congestion and crowding.

“Detailed SOPs including arrival and dispersion of students have been outlined by Miri Divisional Education (PPD), which allows schools to reopen, after delayed for two weeks and followed by a week of school holiday,” he explained.

At the meantime, Lee who is also the Minister of Transport, assured that the divisional health department will constantly monitor the situation of the schools after reopened.

“MDDMC, health and education departments will go to the ground to schools with high enrolment this weekend (April 3 and 4) to monitor the preparation made by these schools,” he added.

Divisional education officer, Mariam Monek, on the other hand, assured that PPD Miri will constantly remind all principals and headmasters of the schools, disseminating the information on schools’ operation and dispersion models.

“We call for full cooperation from schools, students and parents to ensure that they abide with the SOPs in place, and do our part in breaking the Covid-19 infection chain,” said Mariam.

MDDMC also reminded communities in Miri to not participate in any social gathering, particularly those with any symptoms such as fever, loss of smell and taste, cough or sore throat, and to seek immediate treatment at nearest clinic.