Lee: Reports of thefts, break-ins during MCO a huge concern 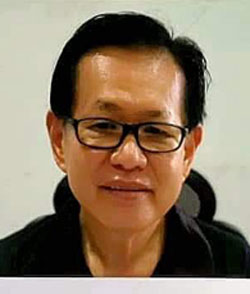 MIRI: The rising number of reports about thefts and break-ins striking many commercial and industrial areas here during the movement control order (MCO) period has become a growing concern among local communities.

In this regard, Minister of Transport Datuk Lee Kim Shin said he had checked with Miri police chief ACP Lim Meng Siah regarding these cases and the latter assured him that he would arrange his teams to conduct patrols over all commercial areas here.

“The act of some irresponsible people taking advantage during this critical time is very unforgivable.

“There’s a dire need to beef up the security for the sake of our people,” Lee said during a phone interview yesterday. 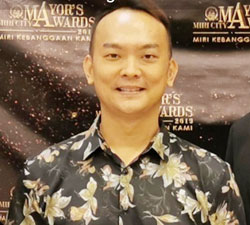 “Beginning today (Sunday), the Armed Forces are assisting the police at the road blocks; therefore, if we could deploy more Rela (People’s Volunteer Corps) personnel to assist the patrolling teams, it could boost the security level at many areas here,” said Lee.

The Borneo Post had contacted the minister for comments about complaints received from the public regarding thefts and break-ins striking several commercial areas in the city.

Meanwhile, a Rela personnel Nelson Wong assured the public that they had been constantly monitoring the situation at different neighbourhoods, following information provided by the residents.

“We’d like to help, but are restricted due to the MCO. There is only a limited number of Rela personnel permitted to assist police at road blocks – this is to avoid crowding.

“We understand the situation but still, we hope to help the government and the communities.”

Those who notice or suspect any unusual activity going on in their areas, can contact the ‘Unit Rondaan Rela’ hotline 085-433 400, which opens 24 hours. Alternatively, they can go to the nearest police station.

“We strongly advise the public against spreading unverified news and rumours via WhatsApp or any other social media platforms, as creating chaos and fear would not do any good,” said Wong, who also expressed his hope for the government to distribute face masks and hand sanitisers to the patrol teams.