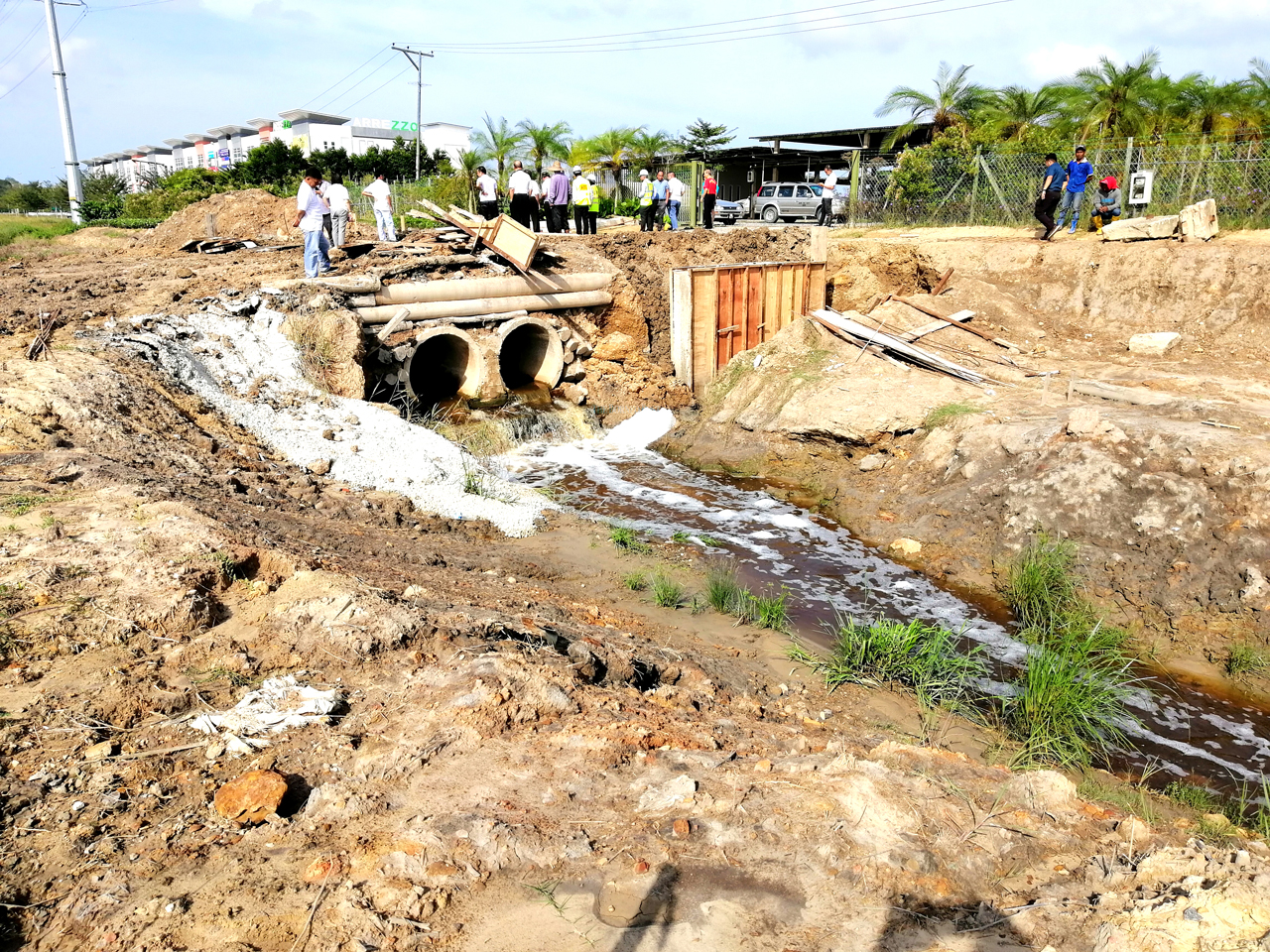 The area which triggered flooding at Miri By-pass road.

MIRI: Authorities must clear all low-lying drains in the city before the raining season starts at the end of the month to prevent flooding, as unusually high rain fall is expected.

Minister of Transport Datuk Lee Kim Shin gave this reminder particularly to the Department of Irrigation and Drainage (DID) to clear drains of soil, grass and solid waste.

“We must not take this issue lightly because it could cause more damage than anticipated, hence early measure must be taken in preparation,” said Lee after inspecting the
widening of a storm drain in front of a garden nursery near Petronas station here which is expected to be completed by end of this week.

“Flooding here is caused by high volume of rain water from Miri Airport and
surrounding areas towards Miri By-pass road.

“The smaller culvert built by the nursery had created a ‘bottle neck’ which resulted in water overflowing and flooding the whole area,” explained Lee.

He added that the drain-widening is only a temporary measure to divert the water as the road is part of the Pan Borneo Highway project.

The RM20,000 project is managed and maintained by JKR Sarawak.