Lee aims to have more parks in Senadin 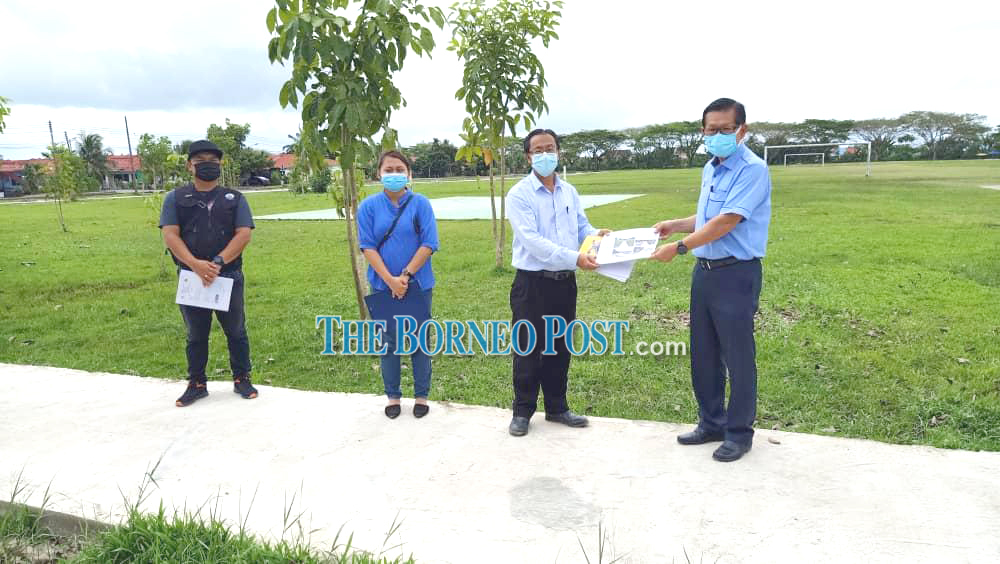 MIRI: A total of six recreational parks have been implemented in Permyjaya as well as Senadin last year under the Rural Transformation Programme (RTP) and more will be constructed in the Senadin constituency in the next five years.

This was disclosed by the Minister of Transport and Senadin assemblyman Datuk Lee Kim Shin after visiting one of the completed projects in Permyjaya yesterday.

“It is one of my initiatives that each housing area should have a recreational park for the residents to exercise and carry out their recreational or community activities.

“We want to encourage a healthy lifestyle by providing the people with recreational facilities which they can use to keep themselves fit and healthy,” he told reporters present.

Touching on the recreational park at Jalan Permaisuri 3 which he visited yesterday, Lee said the first phase of the park had just been completed at a cost of RM100,000, which included a 634-metre jogging track.

“We will add more facilities to this park (Jalan Permaisuri 3) in the second and third phases of the project. These phases will include fitness equipment as well as a children playground.

“There are also some improvements that we need to carry out, especially on the drainage system which needs to be modified,” he said, adding that the whole project would be completed within five years.

Apart from the completed 2020 RTP projects, Lee said similar recreational parks will also be constructed in other residential areas.

“For my constituency Senadin, I have planned that all open spaces in residential areas will be converted into recreational park because there is truly a need for the facility.

“In fact, we noticed that the public have started using this Permaisuri 3 park every evening even though it is not fully completed. This shows that such facility is really needed by the public,” he said.

In view of this, Lee said plans have been made to construct more parks under his RTP in Senadin constituency within a five-year period, including in Vista Perdana.

Meanwhile, Penghulu Samion Ghani who accompanied Lee during his visit yesterday said the people in Permyjaya were delighted with the completion of the first phase of Jalan Permaisuri 3 recreational park.

“We are really thankful to Datuk Lee for this recreational park and we look forward to the completion of the next phases. People have started to jog and exercise here in the evening.

“We are very happy with the facility and I urge everyone to always give their full support to Datuk Lee so that he can continue to serve and provide more facilities and development for the people here,” he said further.