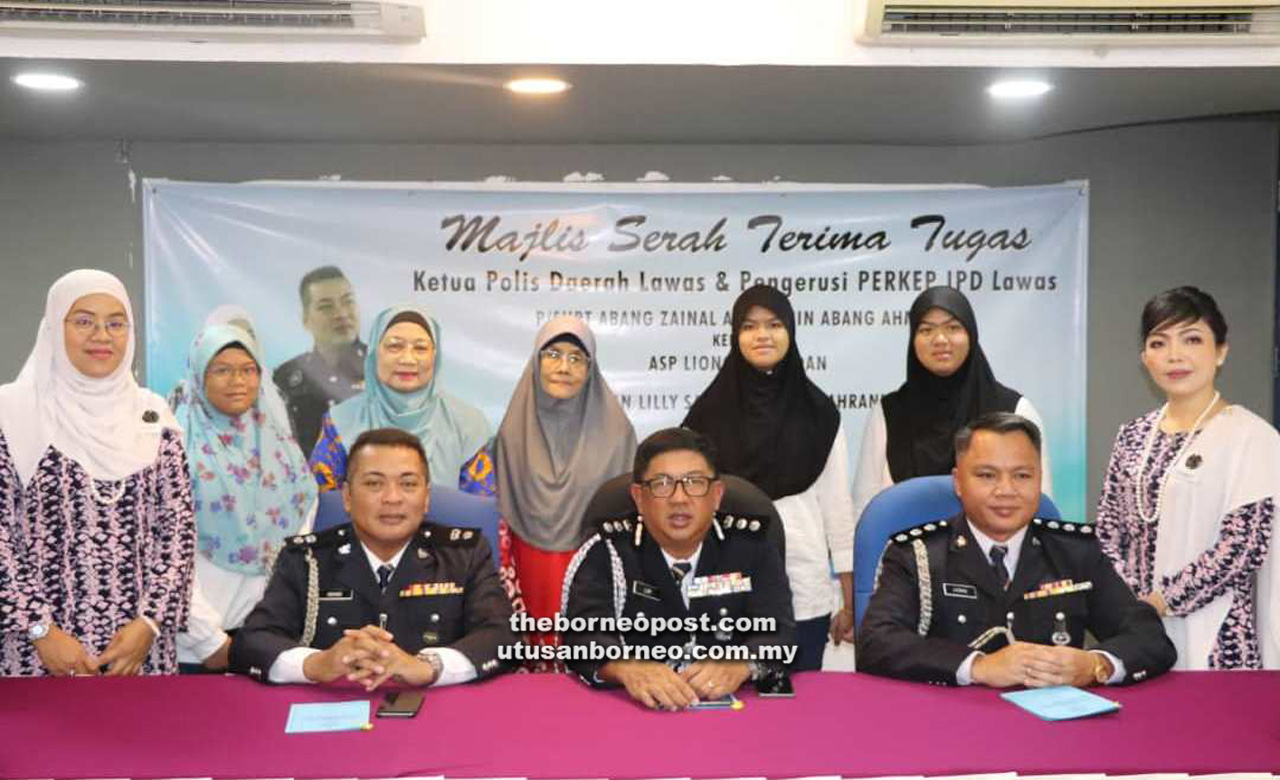 (Seated from left) Abang Zainal, Lim, Liong in a group photo with Lily (standing left), Jurawati (standing right) and others after the handover of duties ceremony.

LAWAS: The Royal Malaysia Police (PDRM) personnel here pledged to continuously fight against corruption, drug abuse and indiscipline in the force so as to uphold the sovereignty of the nation.

Lawas district police chief Supt Abang Zainal Abidin Abang Ahmad said integrity among police personnel too ought to be strengthened for them to remain relevant in safeguarding peace and harmony in the society.

“We need to work as a team and support the struggle of the top leadership in combating corruption, drug abuse and indiscipline.

“At the same time, personnel should ensure tip-top service delivery to the community besides prioritising friendship and unity,” he said at the handover of duties ceremony of Lawas police chief and Lawas Police Family Association (Perkep) chairman here on Monday.

Abang Zainal who had served in Lawas for four years is expected to take over as Limbang police chief in early June.