Lahad Datu: Man in torture video not a member of Malaysian s

where is that video then?

I thought thats in Thailand.

Alleged Sabah torture video uploaded on Internet, Malaysia warns vs ‘false’ videos
…many who viewed the video titled “Malaysian Police Abuse in Sanah (sic),” which was posted on YouTube March 7two days after security forces started an offensive in Lahad Datu, voiced doubt over its authenticity. 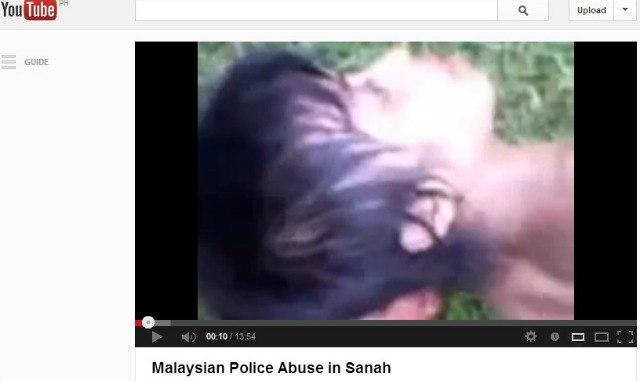 A 13-minute video claiming to show alleged abuses by Malaysian police on civilians in Sabah has been uploaded to the Internet, even as Malaysian officials denied the men in the video were its security forces in Lahad Datu. Current top breaking...

i think i know which video… its not malaysian or thai’s. its mexican

i managed to trace the video source. it was uploaded on 24th Feb 2013 at a website which also contain other 22 execution videos (i dont remember the exact link). i have snapshot of this web, but it doesnt capture the full web addres.

you still can google for ‘ejecucion texcoco de-mora decapitedo’ which will link to a blog narcomexicodrugsgangs.blogspot.com. this blog only show this video.

sadly people still fooling around with this kind of news and spreading false info. we are still in third world mentality.

i can confirm as per my earlier post, its mexican. the video was not there earlier.

it is the one on top right

I am locking this topic up because there is nothing to discuss here.

The video show confirmed not happen in Lahad Datu or anywhere in Malaysia.