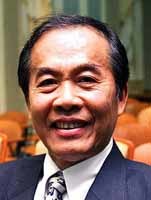 Sibu Municipal Council (SMC) chairman Datuk Tiong Thai King said it was rather upsetting to see that the hub for many cheaper direct flights had been restricted to Kuala Lumpur.

“If one wanted to go overseas via Kuching and Kota Kinabalu, he or she would be surprised by the exorbitant sum of airfares that they had to spend,” he said in launching a signature campaign Local Government and Community Development Minister Dato Sri Wong Soon Koh at Sibu Gateway yesterday.

Tiong also noted that even the budget airfare to Kuala Lumpur was ‘extraordinary high’, resulting in many students and those working outside the state unable to come back for festive celebrations.

The situation, he added, had also caused many townsfolk here to consider relocating to other places like Kuching, Kota Kinabalu, Kuala Lumpur and even Singapore.

“That has unnecessarily caused a braindrain for Sibu,” he pointed out, noting that goods and services here had become more expensive due to costly air freight charges.

“It is, therefore, very timely for UPP (United People’s Party) to initiate this signature campaign on appealing for the ‘Open Sky Policy’ for Sibu.

“We urge the government to seriously listen to the appeal by the Sibu people to allow direct air links between Sibu and Kota Kinabalu, Singapore and Fuzhou (China).

“Direct flights between Sibu and Kuching, Kuala Lumpur and Johor Bahru also need to be increased in meeting the demands.”

Tiong also urged the government to stop any monopoly of the air sector, stating that it would be one of the ways to create competition that would in turn, lower airfares.

According to him, the flight routes of Sibu-Kota Kinabalu, Sibu-Bintulu and Sibu-Miri are being monopolised.

“Why can’t we open up to other airlines? That would definitely help reduce the airfares.

“UPP and the people of Sibu stand united in urging the government and the airlines to seriously consider the ‘Open Sky Policy’ for Sibu,” he said, calling everyone to support the campaign towards collecting 300,000 signatures.

For the record, the campaign’s working committee chairperson is Kapitan Datuk Janet Lau.

Earlier, Tiong mentioned that this town, being in the state’s central region, remained the centre of administration, commerce and services as far as the hinterlands of this division, Mukah, Kapit, Sarikei and even Betong, were concerned.

“The central region has a combined population of 700,000. On this, Sibu serves as the gateway to ecology and adventure tourism, where many tourists stay or transit here before going to Kapit, Sarikei, Bintangor, Mukah or Betong.”