Kuching Waterfront Jazz Festival is back with more international and local acts on Sept 27, 28 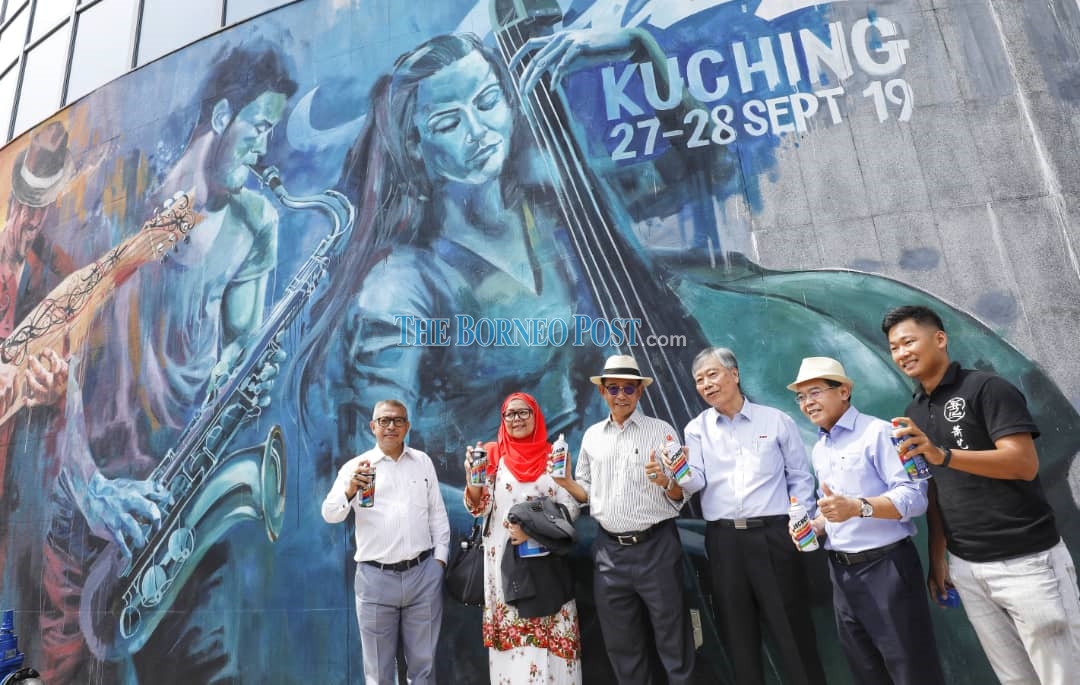 Abdul Karim (third left) together with (from right) Siaw, Edwin and others pose in front of the KWJF 2019 street mural. – Photo by Chimon Upon

KUCHING: The Kuching Waterfront Jazz Festival will make a bigger comeback this year with performing artists from Australia, Singapore, Indonesia and the Philippines to wow audiences on Sept 27 and 28.

The artists expected include Dave Brewer & The DooDaddies from Australia, Dawn Wong & The Shanghai Jazz Club from Singapore, Harvey Malaihollo and Saxx In The City from Indonesia and Sitti Navarro from the Philippines.

This marks the third year the Sarawak Economic Development Corporation (SEDC) organises the annual event with an aim of giving prominence to the scenic Kuching Waterfront.

This year, KWJF has chosen the digital route and collaborated with the Sarawak Pay app to promote the two-day event.

Those using the Sarawak Pay app can get a rebate of RM10 on each ticket, offering great savings to those purchasing in bulk with their friends and family.

This was announced during a press conference held at the Riverside Majestic Hotel, Astana Wing today.

Siaw has completed a colourful jazz-themed wall mural on the wall of the Riverside Majestic Hotel, Astana Wing, which is one of the official hotels of KWJF.

To purchase tickets or to learn more about the event, visit www.kuchingwaterfrontjazz.com and KWJF’s official Facebook page.

The post Kuching Waterfront Jazz Festival is back with more international and local acts on Sept 27, 28 appeared first on Borneo Post Online.