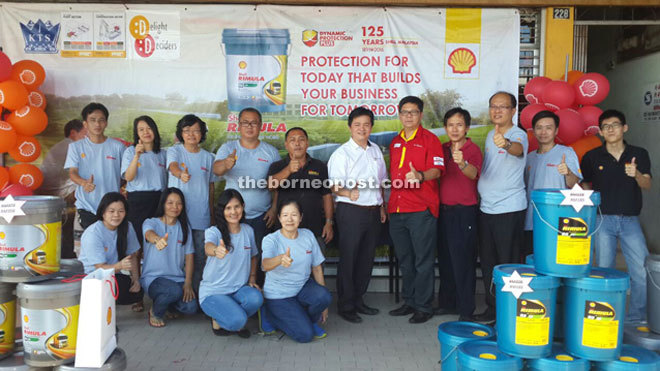 It was the second leg of the series, the first being held in Sibu on May 27, with similar roadshows in Kuching and Miri to be underway on June 18.

More than 100 customers from various industries attended the roadshow and as a gesture of appreciation for their wide support, KTS had launched a one-day special price offer.

The two products are Rimula R5 LE 10W/40 (semi-synthetic) and Rimula R6 LM 10W/40 (fully-synthetic) based on the Dynamic Protection Plus technology which combines its proprietary PurePlus technology (base oil) and Adaptive Additive technology.

This is the result of the staggering Research and Development investment of more than US$1 billion annually in lubricants technology.

Shell has been the world’s largest lubricant suppliers for nine consecutive years. Its presence in Malaysia spans 125 years.

Shell is organising the promotion where customers who purchase either Rimula R5 or Rimula R6 are eligible to participate in a contest which would allow them to win a VIP trip to South Africa for a spectacular driving challenge. The contest will end on July 15, 2016.